iGEM was first hosted by MIT in 2003 and has become the highlight of the technological competition among undergraduates in the field of synthetic biology around the world. It involves interdisciplinary fields, including biology, physics, chemistry, informatics, electronics and so on. Peking University participates in iGEM since 2007 and has achieved excellent results several times in the past ten years——notching up a world first in 2007 and a world second in 2010. 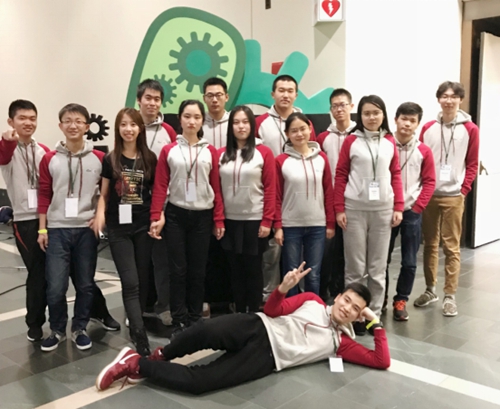 A group photo with the members of Peking（iGEM 2017）

In order to develop the subjective initiatives, ability of scientific thinking and comprehensive capacity of undergraduates, Peking University adheres to their tradition that the whole process, which includes designing the program, implementing experiments and dealing with logistics services, should be accomplished by undergraduates. This year, iGEM team consists of 13 students from 5 different schools.
This year, Peking came up with a design framework which is to build a genetic sequential logic circuit inside bacteria using synthetic biology. They made full use of sequential logic in number theory and designed three basic components inside bacteria: Clock, Frequency Divider, and Interpreter. Clock is realized by Repressilator, which is one of the classic work in synthetic biology. Repressilator can coordinate the system's work, actuate cell's state, switch the function automatically by periodic input signal. Frequency Divider accomplishes the transformation between memory and circulation of cell states through the combined action of Recombinase and Recombination Directionality Factor fusion protein. Interpreter applies the basic elements of biology（such as promoter）and the specific design of acting site of recombinase to achieve the specific function of cell' s state. Peking confirmed the feasibility of this design by the experimental and theoretical analysis. This program tried to explore the "time" dimensionality in the genetic circuits and tested the possibility of artificial cell that can execute specific procedure automatically in view of synthetic biology. 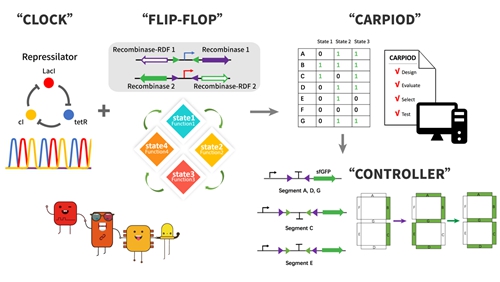 The framework of project

This year, Peking set up the first Wikipedia about synthetic biology(SynbioWiki.com). It contains the basic functions of Wikipedia such as searching and editing, aiming at create a knowledge set according to synthetic biology and interdisciplinary subjects and build an open community of knowledge serving as an integrated platform. SynbioWiki will be active as a long-term project of Peking.

Students of Peking University not only fully demonstrated their own but also had an in-depth exchange of views via iGEM. They cultivated their scientific literacy, improved their volitional character and developed their abilities through exhaustive training. 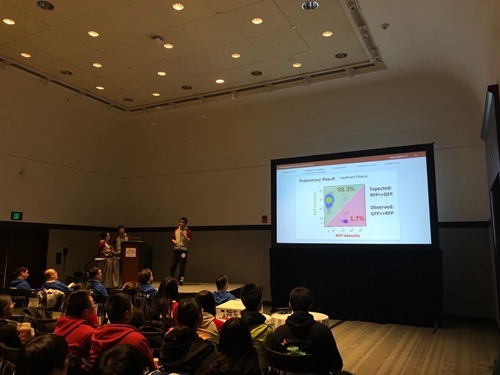 Team members making a presentation on the scene 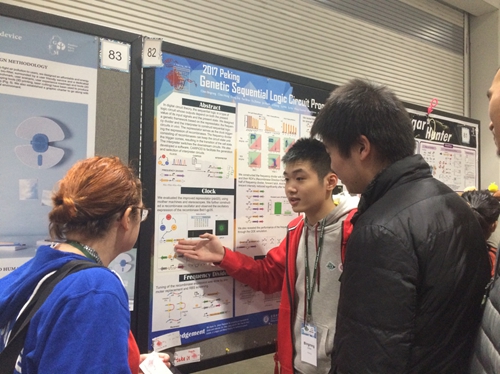 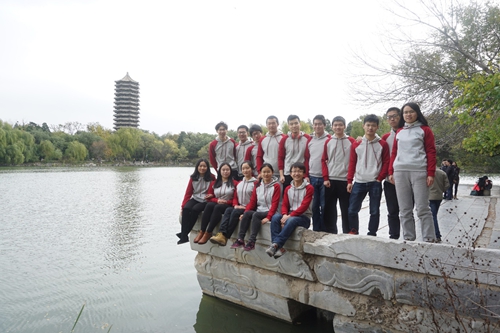