MAR . 09 2018
Peking University, March 9, 2018: On the 25th convoy fleet of Chinese Navy, Song Xi, an undergraduate of the School of Psychological and Cognitive Sciences, Peking University, is the only post-90s female combat soldier, and she is also a soldier from one of brigades of People’s Liberation Army (PLA) Navy Marine Corps. At present, the 25th convoy fleet has completed the escort mission, and Song Xi, the 23-year-old student soldier, together with other members of the fleet, is now making visits to countries alongside the Indian ocean. 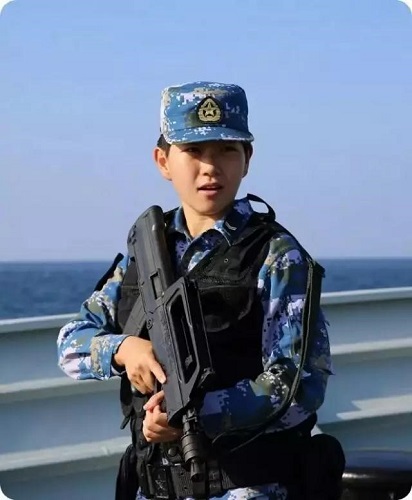 Song Xi dreamt of wearing the military uniform just like her father once did for quite a long time. To be a soldier and a heroine was her dream and the thing that she treated most seriously in the first 21 years of her life.

In 2012, Song Xi was enrolled into the School of Psychological and Cognitive Sciences, Peking University. After studying for one semester, her desire of becoming a soldier grew even stronger, which, however, gained no support from her parents and teachers at that time. Thus, Song missed the chance to join the army in her freshman’s year. But the idea of serving the country was firmly rooted in her minds.

Having stayed in campus for more than two years, Song became clearer about the path she wanted to take. She started to prepare herself for the army life physically and psychologically. She frequently worked out in the gym and dorm to build up her body. And she overcame her fear and pressure of leaving her old campus life behind and adjusting herself to a new environment.

On September 9, 2015, Song Xi finally enlisted in the army and began her training at a recruit training base of the South Sea Fleet.

Army life was quite different from what she had expected. She was surprised by strict rules and regulations in the army. In the first month, she lost 10 kilograms due to the training. But later, she grew familiar with the training and learning at the base and began to gain weight again. 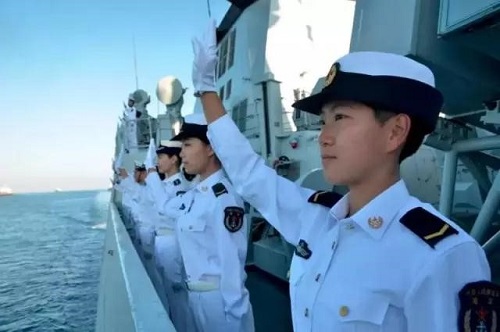 Song Xi worked hard in the training. Even though sometimes her body was extremely painful after a day’s training, she never thought of giving up. “On one hand, my own will and perseverance support me to keep on. On the other hand, it is the group strength that helps me to stick to it. In the army, everyone is part of a group and we must move forward together” said Song.

In the final assessment of recruit training, Song Xi joined the People's Liberation Army (PLA) Navy with excellent grades and she chose to be a scout, which was a more challenging task. 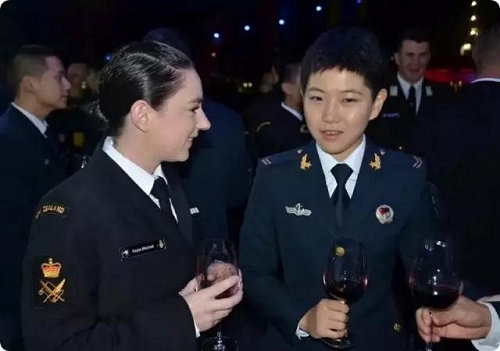 When she first started the escort mission on the fleet, she suffered from seasickness. But she soon overcame it, and is now even able to "resonate" with the sea and can help other female sailors. During the two-year army life, Song has left her footprints on the South China Sea Islands, Gulf of Aden, Asia, Africa and Oceania. As a special force soldier on the fleet, she actively participates in all sorts of training, like rescuing and shooting. Whenever the combat alert rings, Song would respond quickly and stop the suspicious vessels by barrage together with other male soldiers.

As a psychology major, Song contributes her expert knowledge to help her comrades. She also helps organizing entertaining activities and makes the army life more diverse.

Two years ago, Song decided to step out of the ivory towel and embrace her dream in the army. Now, after all the experiences in the army, she has fulfilled her dream. To her, army life is a challenge as well as an opportunity. Most importantly, she has found value in the barrack and made the most of her youth.