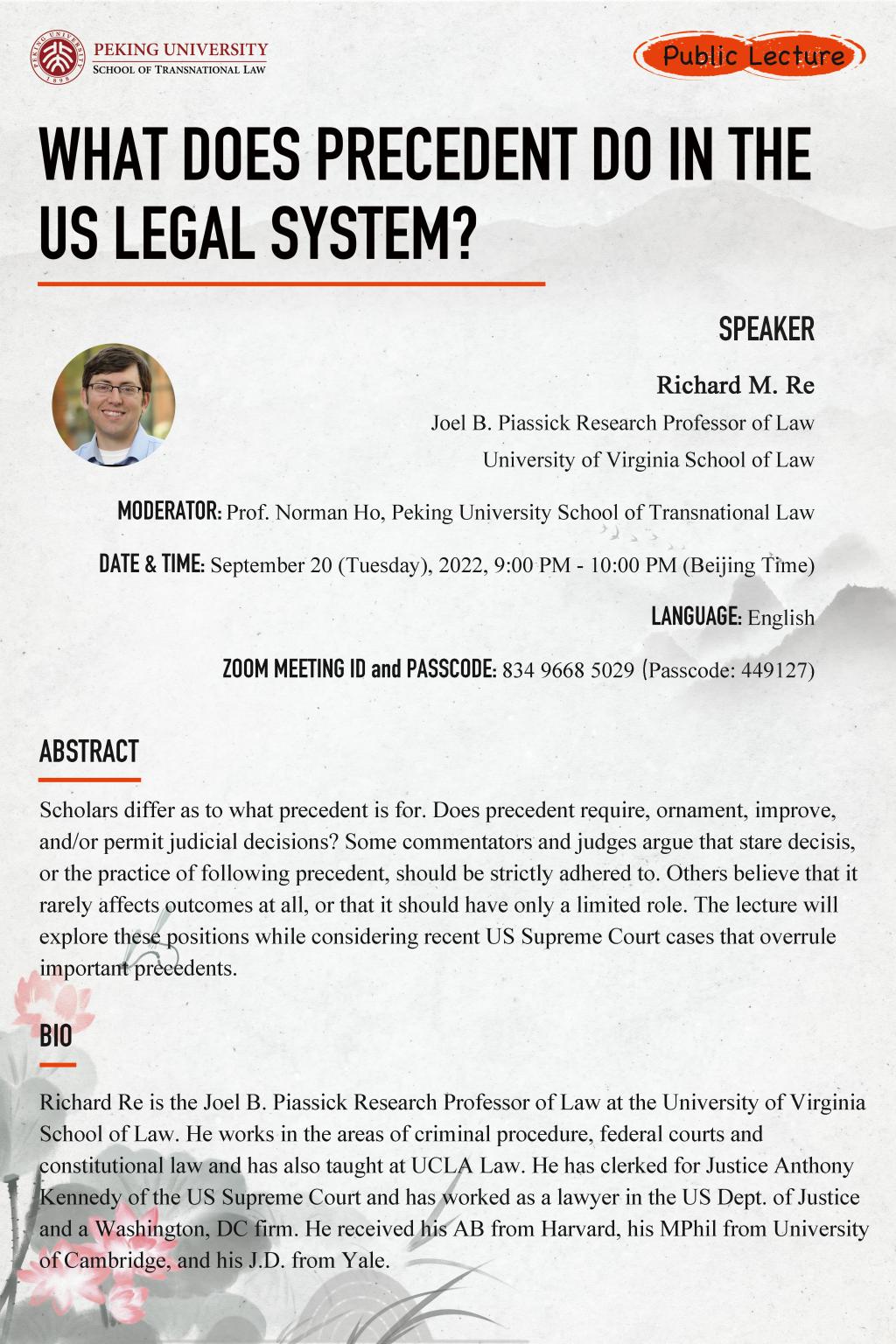 Scholars differ as to what precedent is for. Does precedent require, ornament, improve, and/or permit judicial decisions? Some commentators and judges argue that stare decisis, or the practice of following precedent, should be strictly adhered to. Others believe that it rarely affects outcomes at all, or that it should have only a limited role. The lecture will explore these positions while considering recent US Supreme Court cases that overrule important precedents.

Richard M. Re’s primary research and teaching interests are in criminal procedure, federal courts and constitutional law. He joined the University of Virginia’s faculty in 2020 after serving on the faculty of the UCLA School of Law.  Re’s 2016 article, “Narrowing Supreme Court Precedent From Below” received the annual prize from the AALS Federal Courts Section for the best paper on federal courts by an untenured professor. Re received his AB from Harvard, his MPhil from the University of Cambridge, and his JD from Yale, and he has clerked for Judge Brett M. Kavanaugh of the U.S. Court of Appeals for the D.C. Circuit and for Justice Anthony M. Kennedy of the Supreme Court of the United States. Re also previously worked as an Honors Program attorney in the Criminal Appellate Section of the U.S. Department of Justice and practiced law at a firm in Washington, D.C.  Re is also a member of PrawfsBlawg and maintains his own blog, Re’s Judicata.