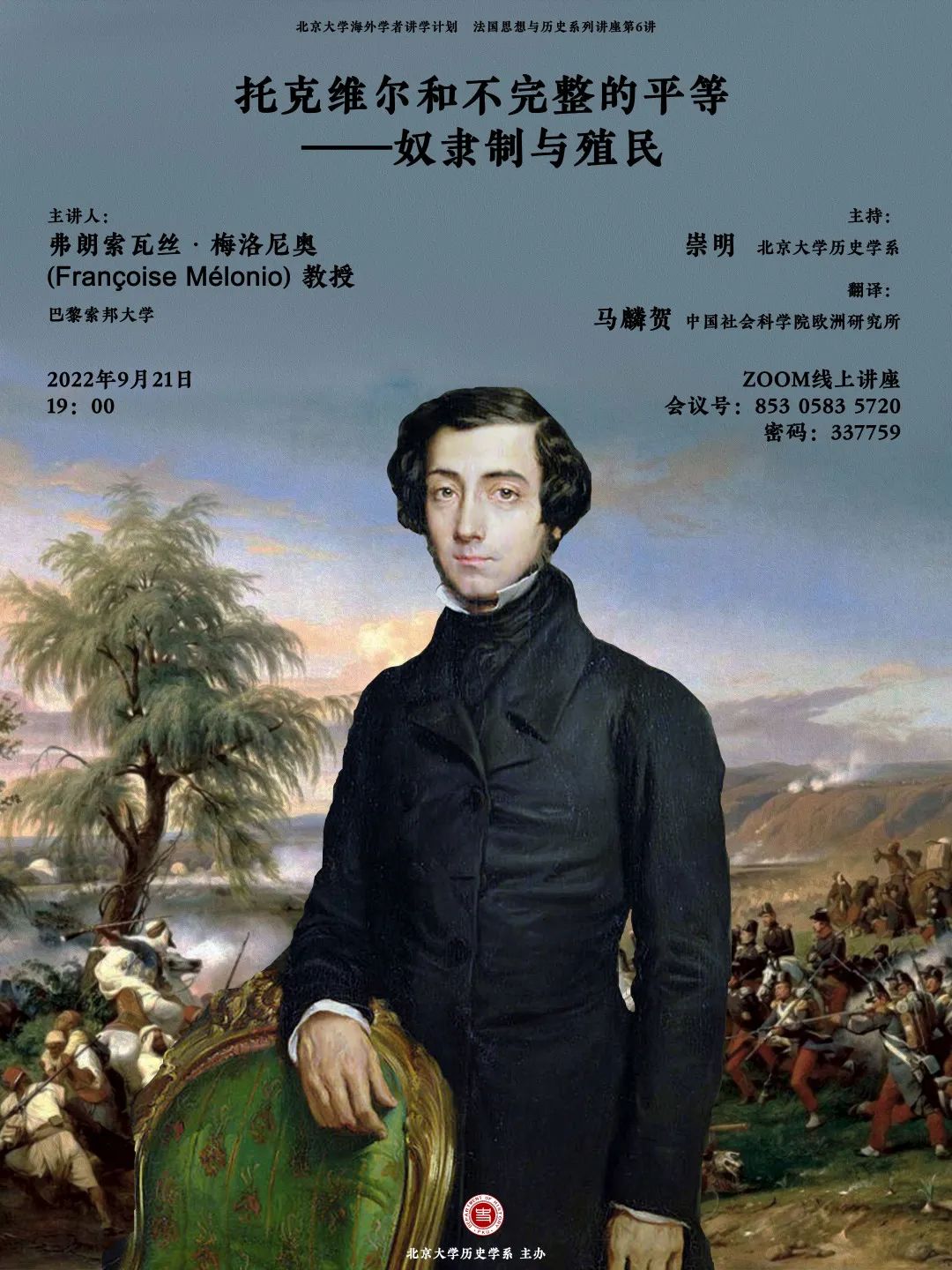 Françoise Mélonio is a professor at the Sorbonne University in Paris. She was former vice-chancellor of École Normale Supérieure and provost of Paris Institute of Political Studies (Sciences Po). She is engaged in the study of modern French intellectual history and cultural history, and is an internationally renowned scholar of Tocqueville studies.

The core of Tocqueville's thought is to maintain freedom in a democratic society with equal status, but his thought also revealed the limits of this equality. Out of a belief in equality, Tocqueville opposed racial inequality and actively promoted the abolition of slavery, but he recognized that racial prejudice would perpetuate. On the other hand, he participated in the French colonial expansion in Algeria, hoping to stimulate the national spirit and maintain France's position in Europe through a great cause, and this pursuit constituted a tension with his belief in equality and liberalism. This lecture will reveal the complexities of Tocqueville's thinking through his reflections on slavery and colonialism.