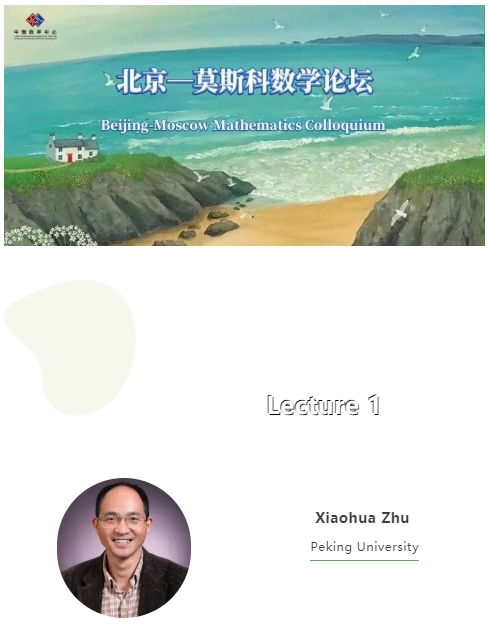 Xiaohua Zhu is a Professor at the Department of Mathematics at Peking University. He graduated from Hangzhou University in 1990 and received his PhD in 1995. Professor Zhu is mainly engaged in the research of differential geometry and geometric analysis. He has deep research work in complex geometry, Ricci flow, complex Monge-Ampere equation, Ricci solitons, ring-type algebraic cluster geometry, minimal small manifolds and so on. He has published over 50 papers in journals such as Acta Math., JAMS, Duke Math., GAFA, JEMS, etc. He was awarded the Outstanding Youth Prize by Hong Kong Qiushi Foundation in 2001, the Henry Fok Education Fund of the Ministry of Education of China in 2002, the National Natural Science Fund for Outstanding Youth in 2004, the ICTP Prize for young scientists in 2005, the Second Prize of the National Natural Science Award in 2014, and the 16th Shing S. Chern Mathematics Award in 2017. In 2009, he was elected Changjiang Distinguished Professor of the Ministry of Education of China. He is an invited speaker of ICM 2022 and the editorial board member of Acta Math. Sinica and Advances in Mathematics (China).