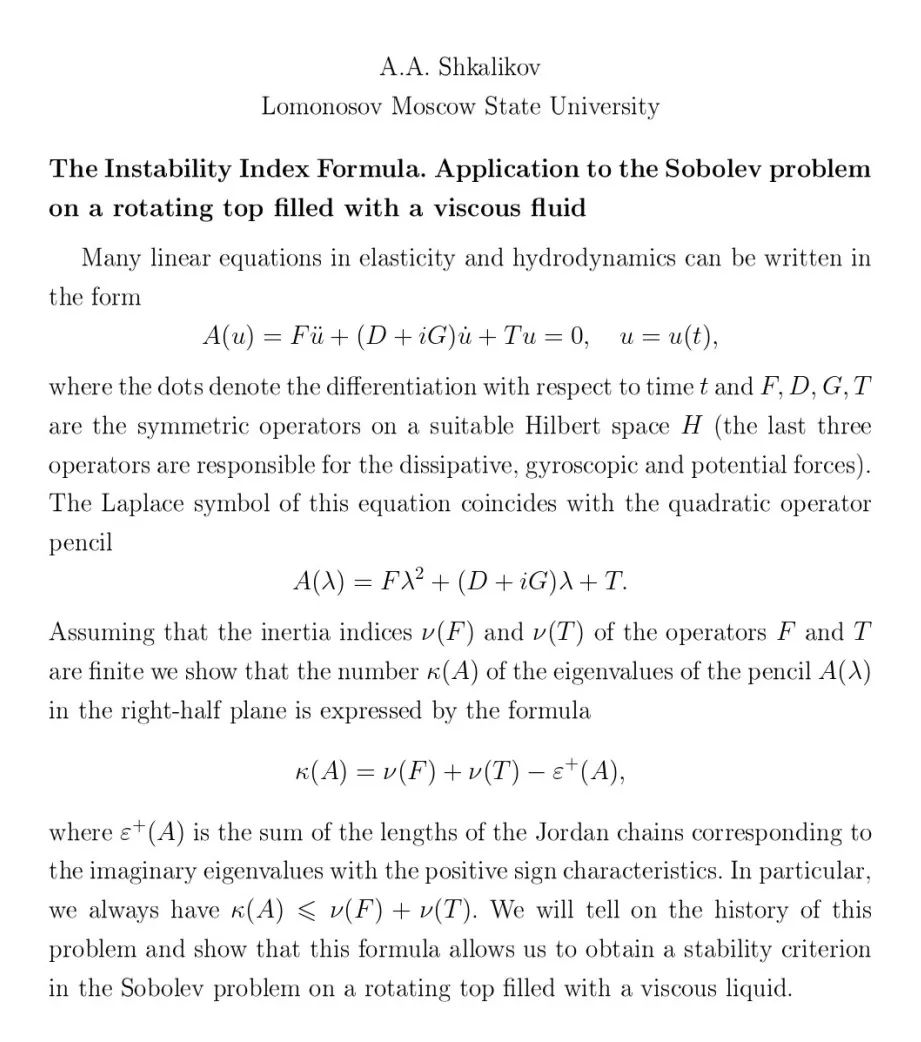 Andrei A. Shkalikov is a Professor at the Department of Function Theory and Functional Analysis of Moscow State University. He obtained his PhD in 1976 and became Doctor of Physical and Mathematical Sciences in 1985. Shkalikov’s scientific interests include the theory of general and differential operators, operator models in hydromechanics and elasticity theory, the theory of operator matrices and beams, asymptotic theory for differential equations, inverse problems of spectral theory. In 2001, he was awarded the first degree Lomonosov Prize for joint works with A.G. Kostyuchenko "Operators in spaces with an indefinite metric and their applications". He is the author of more than 120 papers. Andrei Shkalikov is an Honored Professor of Moscow State University and also the Corresponding Member of the Russian Academy of Sciences.