Hao Ping welcomed Ambassador Fearnley and her delegation to Peking University. During their meeting, Hao Ping stated that China and New Zealand have a long history of friendship. PKU has established long-term collaborative programs with many universities in New Zealand, among which the New Zealand Centre at Peking University, jointly established with eight universities in New Zealand, serves as an important platform for mutual cooperation in the field of higher education. The center has made remarkable achievements and won wide recognition in both countries in fostering communication and cooperation between PKU, Chinese universities and New Zealand universities, enhancing understanding between the two countries. Hao Ping also expressed his hope that, in 2022, on the occasion of the 50th anniversary of the establishment of China-New Zealand diplomatic relations, the centre will go further in improving communication and cooperation between PKU and New Zealand’s top universities and research institutions in areas such as faculty and student exchanges, as well as joint courses and researches.

Ambassador Fearnley expressed gratitude to Peking University for the warm reception. She said that China- New Zealand relations are one of the most important bilateral relations for New Zealand, and cooperation in education is among the fundamental aspects of cooperation between the two countries, noting that she herself has also benefited from it. The New Zealand government and universities attach great importance to the New Zealand Centre at Peking University, and appreciate the role it has played for more than 10 years. They will continue to support the development of the centre and hope to expand cooperation based on existing programs, particularly in areas of common interest such as life science, food safety, environmental health and ecological protection. As an alumna of PKU, Ambassador Fearnley expressed her desire to return to her alma mater for more frequent communication and to further strengthen the relationship between the New Zealand Embassy in China and PKU. 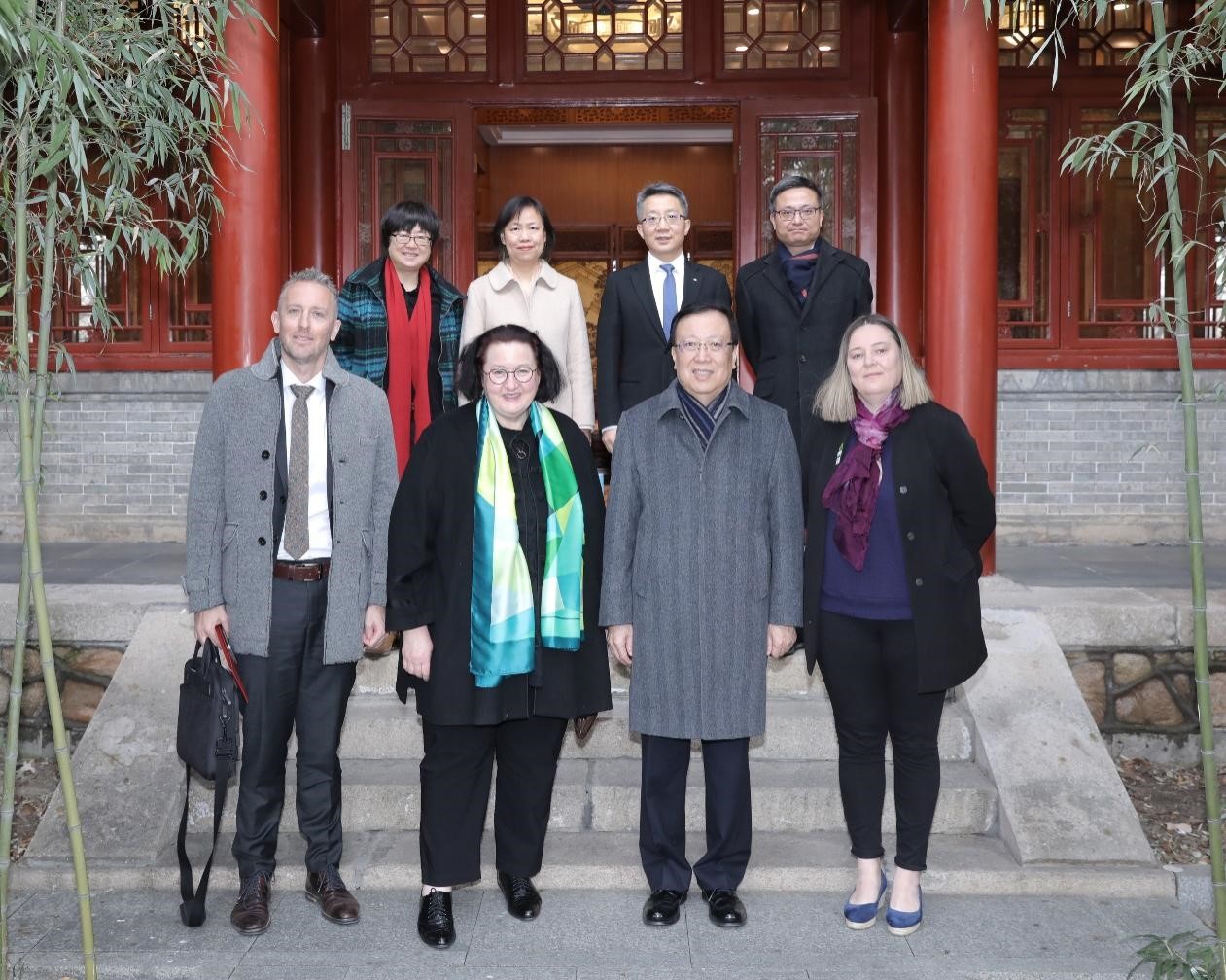 Ambassador Fearnley graduated from the University of Canterbury, New Zealand, and studied at Peking University between 1987 and 1988, majoring in law. She took up the role of New Zealand’s Ambassador to China in May 2018 and is cross-accredited to Mongolia.