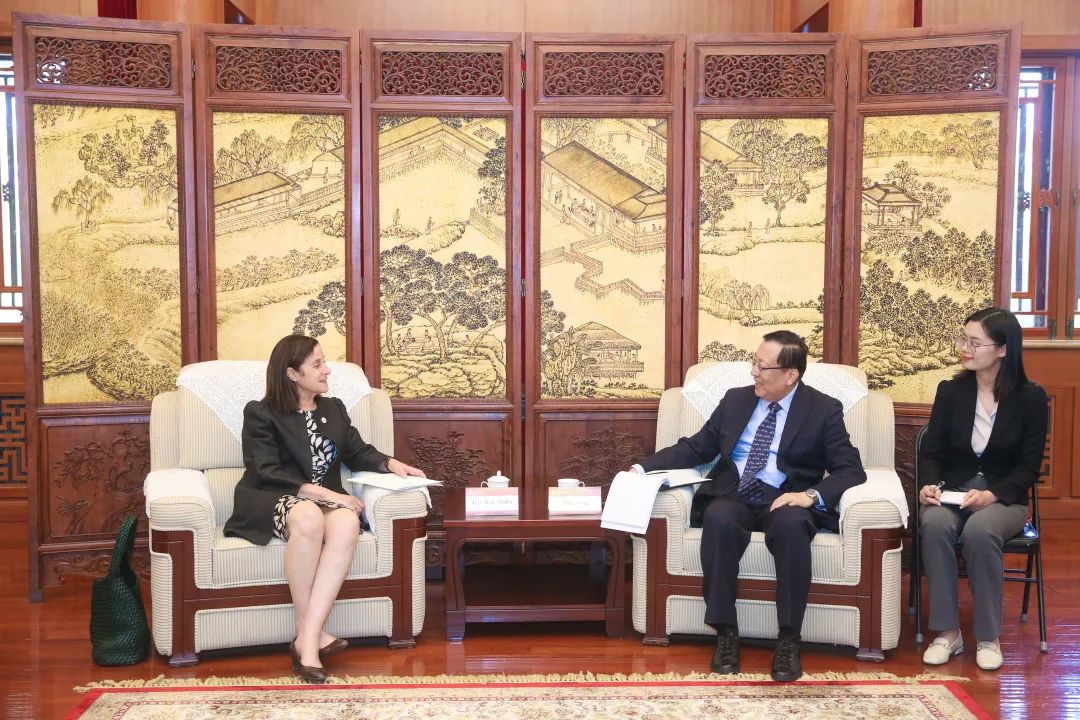 The year 2022 marks the 30th year of the establishment of diplomatic relations between China and Israel. Since then, the two countries have advanced their political ties, economic cooperation and people-to-people exchange. Ambassador Irit Ben-Abba Vitale has served as Israel's Ambassador to China since 2021. In fact, she has been in charge of diplomatic affairs related to China since the 1980s and thus has deep ties with China.

President Hao Ping remarked that the Chinese and Jewish people both have long histories and Jewish people have made various remarkable contributions in different aspects. PKU will aim to foster cooperation with The Hebrew University of Jerusalem and other Israeli institutions with the hope of deepening cooperation in the fields of science, history and philosophy.


Ambassador Irit Ben-Abba mentioned that she was indeed delighted to be reunited with Hao Ping and all her friends on the PKU Campus and thanked PKU for its warm welcome. She expressed her hope that PKU could continue its trailblazing role in strengthening cooperation. Despite the fact that many events have been held online, postponed or even cancelled, she was heartened that the cooperation between the two countries had been uninterrupted and expressed her confidence that both China and Israel could further cooperate.

After the meeting, she proceeded to deliver her speech, titled "30 years of Sino-Israel Diplomatic Relations: In Retrospect and Looking Ahead", at the PKU Library. 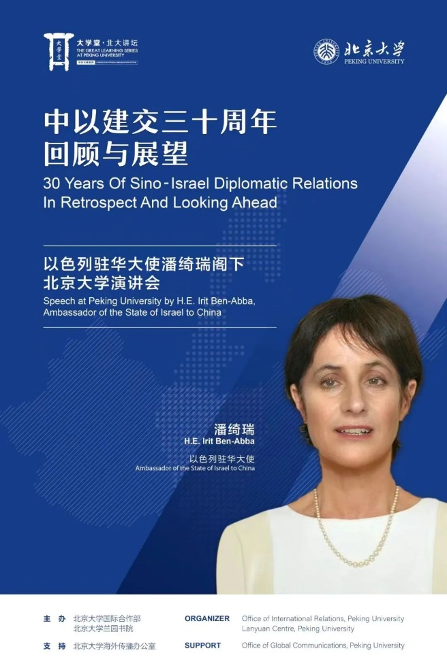 
Ambassador Irit Ben-Abba expressed her belief that Israel's economic transformation could act as a role model for China as it seeks to move up the value chain. In the area of economic cooperation, on top of establishing the China–Israel Joint Committee on Innovation Cooperation, bilateral trade had also skyrocketed to 20 billion US dollars in 2021. Israeli companies were present in multiple Chinese cities while Chinese firms were also involved in building infrastructure in Israel. In education, Israel had nine universities, all of which were currently engaged in joint research with Chinese universities, she said. 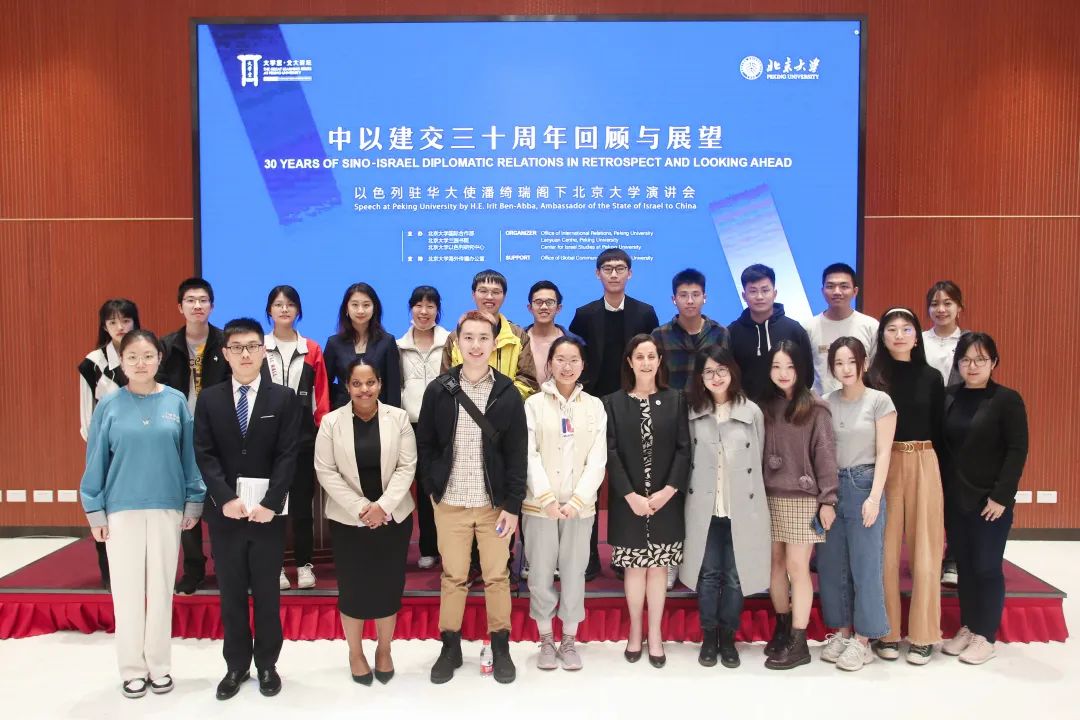 
Looking ahead, the Ambassador expressed her hope that both parties could maintain friendly political ties while expanding collaboration in scientific research. She stated she looked forward to Israel and China building a harmonious cultural community, academic circuit, and political environment together.

In the Q&A segment, the Ambassador then took questions from students regarding Israel's innovative development, economic and political priorities, and prospects for Sino-Israeli cooperation in green technology.

An interview with the Ambassador 
In an interview, the Ambassador also shared her take on a career in the foreign service. She admitted that taking Chinese studies was not a popular choice back then, but she persevered out of interest. Being an ambassador was not her ambition as a youngster, but fate led her to this path. While a diplomatic career might mean a "tough life", she was grateful for the wondrous experiences it has provided. For aspiring diplomats, she encouraged them to mingle with the locals instead of sticking to their comfort zones, while also reminding them to consider the pros and cons that come with the career.

The Ambassador has been a guest speaker of The Great Learning Series at Peking University, a global-facing speech platform gathering ideas and wisdom from great minds all around the world.

The Great Learning Series at PKU is a brand-new global-facing speech platform created by Peking University with the purpose of gathering distinguished guests from all around the world, bringing together ideas and wisdom, sharing knowledge and values, and presenting remarkable speeches to the world through bilingual videos.