Please Enter Keywords
TOP

Home
News Center
People
Text
Tsung-Dao Lee: Never One to Forget His Roots
Dec 31, 2021
Peking University, December 31, 2021: On a morning in 1944, a young man carrying a bag filled with books knocked on the doors of Mr. Wu Dayou’s house in Kunming. The young man was there to ask Wu to let him study in the then National Southwest Associated University (NSAU/Xinan Lianda), where Wu was a professor. Just 13 years later, no one would’ve imagined that, a seemingly ordinary man from the first glance, would go on to win the Nobel Prize in Physics. This man is none other than Mr. Tsung-Dao Lee.

Due to WW2, Lee’s university, the National Chekiang University in Guizhou province, had to close down. However, as Lee’s teachers were moved by his diligence and outstanding talent, they recommended him to transfer to NSAU to continue studying. As one of the most distinguished institutions established in 1938 during the War of Resistance against Japanese Aggression, NSAU was a merger of Peking University, Tsinghua University and Nankai University. Lee’s recommendation letter was written by Mr. Liang Dapeng - a fellow scholar Wu met while studying in the US, who also happened to be a close friend of Lee’s relatives. With the letter of recommendation in his grasp and a steadfast determination to pursue his education, Lee successfully matriculated into NSAU Faculty of Physics in 1945 under the tutelage of Wu. 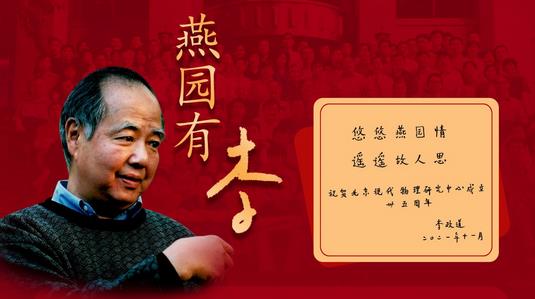 Despite studying in a rundown campus unshielded from the tumultuous weather, the NSAU students, including Lee, were not hindered by the unpleasant learning environment. During his formative years spent in this harsh environment, Lee quickly matured and grew intellectually. He often found himself approaching Wu after lessons to ask for more work and would often inquire about knowledge outside of the syllabus, which reflected his passion for Physics.

An Affinity for Physics

In 1946, Lee was admitted to the Graduate School of the University of Chicago through a rigorous examination, despite only being a sophomore. By 1950, he had passed his doctoral dissertation with “special insights and achievements”, at the young age of 23. After obtaining his PhD, he delved into research of turbulence in fluid mechanics and phase transitions in statistical physics. In 1956, he became the youngest full professor in Columbia University in 200 years.

In 1957, Lee won the Nobel Prize in Physics with Chen Ning Yang  for their discovery of the law of non-conservation of parity under weak interaction. Lee was also renowned for his contributions in the fields of relativistic heavy ion collision, non-topological soliton field theory and developing the “Lee model” in the field of quantum mechanics and quantum field theory.

As a result of the disruption of education during the Cultural Revolution, a whole generation of youth were not able to continue their formal education. When Lee returned to China in the spring of 1979, he was invited to teach two classes at the University of Science and Technology of China Postgraduate Department. His purpose was to enable Chinese researchers to understand the progress the world has made in the field of science and technology in the past decade. Through his interactions with his students, he could see that they were diligent and academically brilliant. However, to accelerate the talent development in China, he would need to find a way for these students to be able to study in the US and learn from the leaders in their academic fields.

At the beginning of China’s “reform and opening-up” policy established in 1978, there were no direct pathways for students to travel to the US for further studies. Furthermore, the application processes were very complicated. Applications to enroll into US universities or research institutes required applicants to pass the GRE examinations, and non-US international applicants were required to take the TOEFL examination as well. At that time, such examinations were not available in China. To overcome these obstacles, Lee spent a long time designing a temporary, efficient, and equitable pathway to studying in the US: the CUSPEA.

Under the CUSPEA, postgraduate candidates would be selected by China through a comprehensive examination process. Successful candidates would then have their education fully sponsored by their universities. From 1979 to 1988, the CUSPEA supported a total of 915 Chinese students for further studies in the US, of which 202 were from PKU. After graduation, most of these students chose to return to China to contribute back to their country’s research and academic development. Many of them eventually became leaders in their respective academic fields. 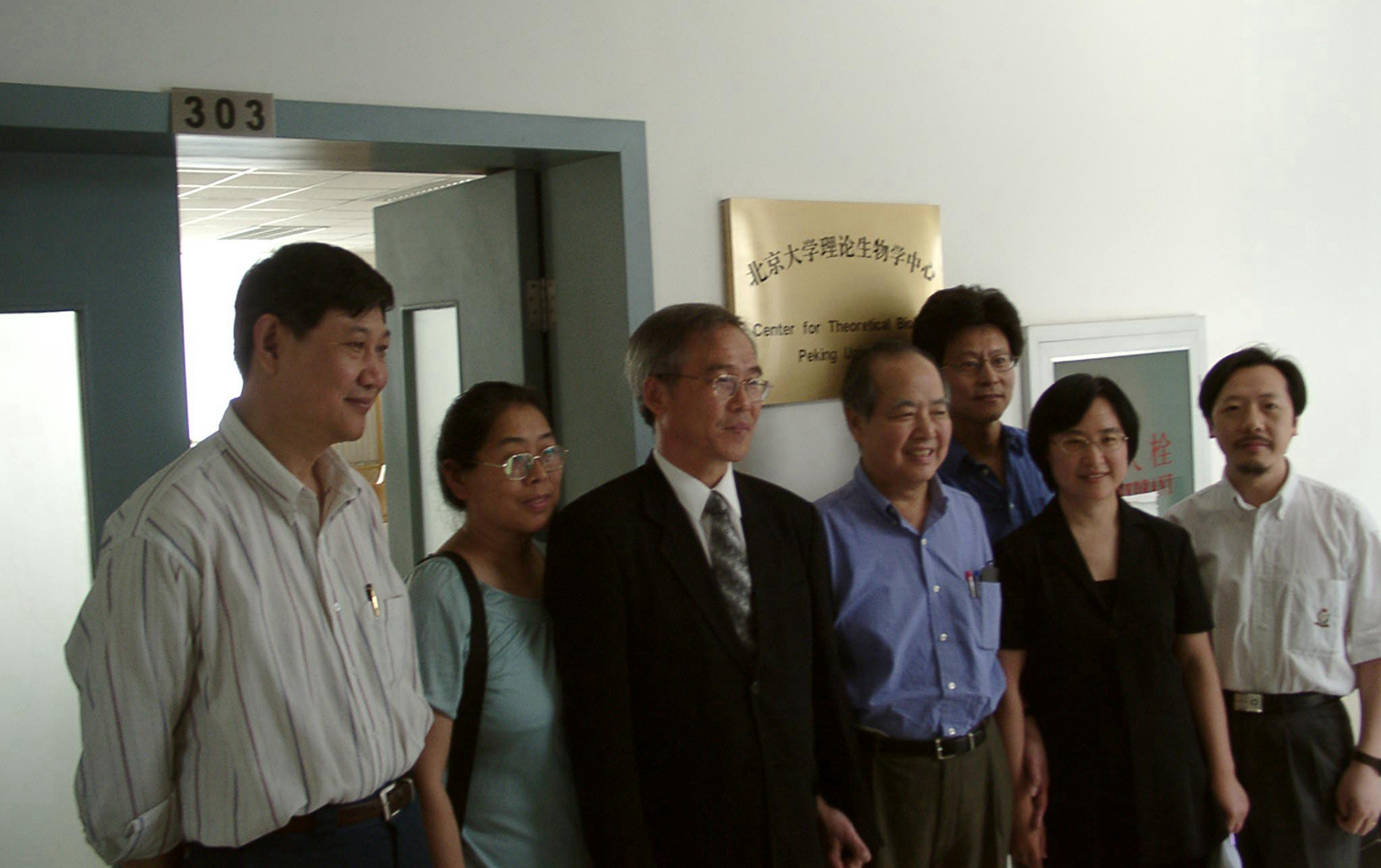 
From supporting students with their university applications to assisting their new lives in the US, Lee did it alone. Despite living abroad, Lee never stopped thinking about his mission in education and the potential development of science and technology back in China. Shaped by his life experiences and gratitude for the opportunities he had when he was young, Lee was driven by his lifelong wish to pay it forward by creating opportunities for the upcoming generations of talent.

Contributing back to PKU

In 1998, Lee donated all of his personal savings to establish the Hui-Chun Chin and Tsung-Dao Lee Chinese Undergraduate Research Endowment (CURE). The endowment helps to fund the scientific research of selected undergraduate students. Students who have benefited from CURE are called “Chun-Tsung Scholars”. PKU is one of the four pioneer tertiary institutions partnering with CURE. To date, more than a thousand PKU students have become “Chun-Tsung Scholars”. Through the scientific research training provided by CURE, these scholars have become more innovative researchers committed to the development of their country and mankind. 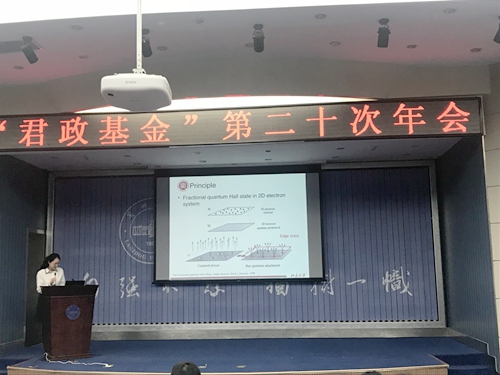 PKU student reporting on the annual meeting of CURE


From the establishment of CUSPEA and CURE, to forming the Beijing Institute of Modern Physics and the PKU Center for Quantitative Biology, Lee undoubtedly shares a deep bond with PKU. Nowadays, the legacy of NSAU’s passion for learning is embodied in PKUers today. The spirit of PKU was deeply engrained in Lee educational philosophy as he assisted PKUers by expanding their horizons and providing them with opportunities for international academic discoveries. To this day, Lee still spots great potential in PKUers as future leaders and aims to continue his support, just as his mentors did when he was a young student. 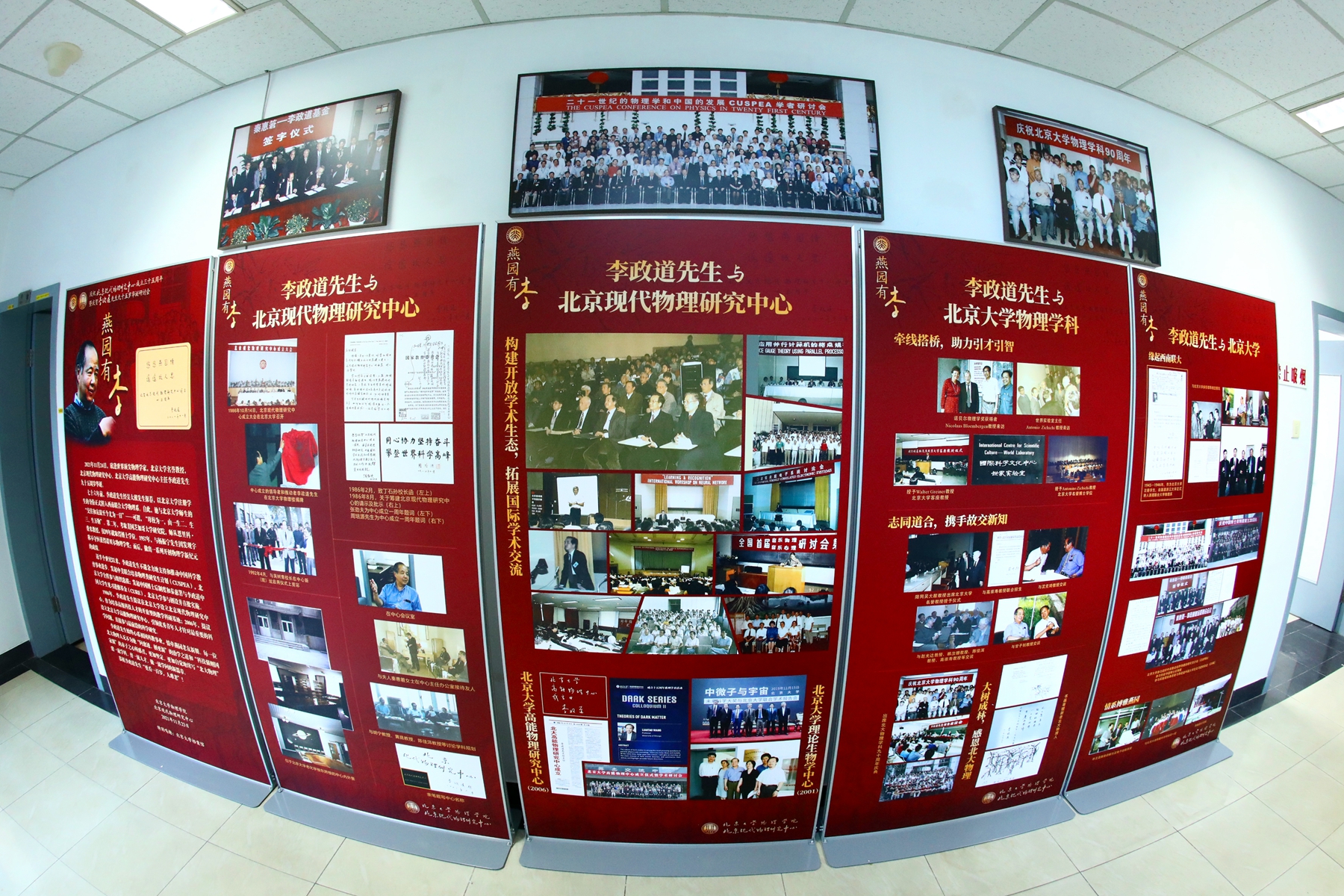 
Written by: Su Huangyi, Vissly Chan
Edited by: Rose Li
Latest
YOU MAY ALSO LIKE