Prologue: Like Migrating Birds To and From the Moon

In 1982, invited by Beijing Normal University to give academic lectures, Professor Stone began his journey in China. The moment he set foot in China, he immediately felt like he was at home. Retired from the City University of New York in 2006, he decided to then become Peking University's guest professor. For the next 14 years, Professor Stone travelled across the Pacific like a migratory bird, bringing the splendor of the West and the arts to China which was "as far away as the moon".

Falling in love with Yan Yuan, the most beautiful campus to him, he says he looked forward to returning to Peking University each fall with great anticipation and a special sense of pride in having a Peking University campus card. Falling in love with China, he developed the habit of visiting the National Museum of China to appreciate the three-colored glazed pottery of the Tang Dynasty, and once visited the Yingxian Wooden Tower in Shanxi Province on his own by train. 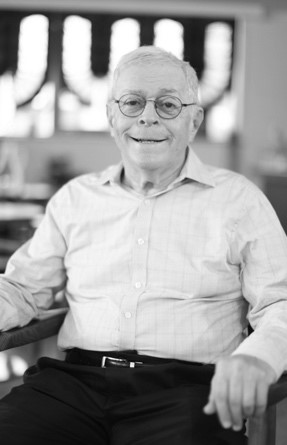 Professor Stone: My Chinese students and the best students on the planet


Exposition: The Best Teacher Who Cultivated the Best Students

At Peking University, Professor Stone had a high degree of autonomy in arranging his curriculum, with his teaching topics ranging from opera and painting to western movies and poetry; he was a guide for students in the world of arts. Once in class, he wept with students as they listened to an excerpt from a beloved musical; instead of just reciting information, he guided students through the text together, leading them to discover the encyclopedia of literature and art.

Professor Stone once said that his Chinese students are the best in this world. And the feeling is mutual, as Peking University students often say that Professor Stone is like their "Grandpa", and their favorite foreign teacher. Professor Stone loved his students like they were his family; Professor Gao Fengfeng recalls how he never treated any of his students' letters of recommendation sloppily.

His teaching assistant, Tu Chenyu, remembers how in the winter of 2018, when the final scores of the undergraduates were being tallied, Professor Stone was flipping through his notebook of previous years' grades and said, "It's probably a sign of things to come that the notebook will run out next year." In 2019, Professor Stone departed from Yan Yuan to the U.S. for the last time, leaving his legacy in Yan Yuan forever. Luckily, the notebook remained, a remembrance of his love for his students and passion for teaching. 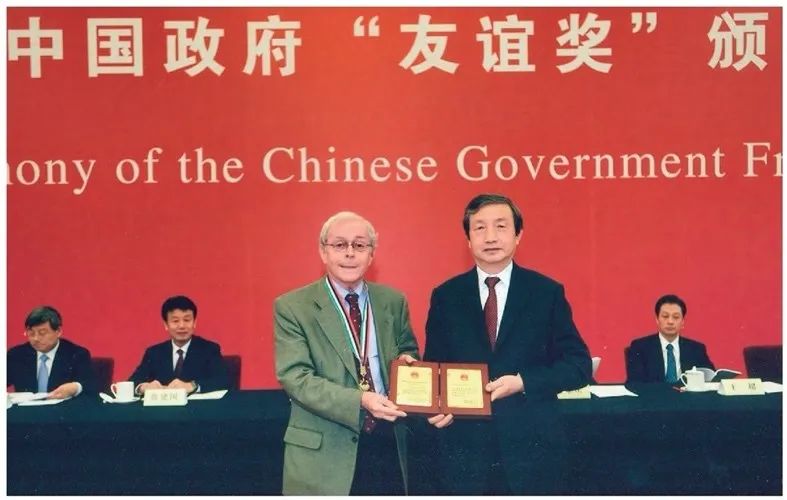 In 2006, Professor Stone visited the Arthur M. Sackler Museum of Art and Archaeology at Peking University for the first time, when there were only a few domestic archaeological artefacts. He immediately expressed his desire to change the current state where no Chinese university had a pavilion of Western art. This was how Professor Stone began his donation to the Sackler Museum. Cao Hong, the deputy director, recalls how every year after Professor Stone left Peking University, he would go around Europe to search for prints, handpick and buy them with his savings, then donate them to Peking University. His donations included not only Western masters such as Delacroix, Picasso, and Matisse but also Oriental relics such as terracotta figurines of women holding mirrors from the Han Dynasty. From a few to six hundred prints, Professor Stone's generous donation has given the museum a more complete collection of Western prints in China. Since 2007, he has curated 13 exhibitions of prints, and since 2014, he has given seven lectures under the theme of "The City of Art".

In his spare time, Professor Stone likes to stroll about the exhibition hall. Once, he met Qian Yukun, a student from Peking University's School of Archaeology and Museology, and asked if she liked the newly arrived Western artworks in the gallery. Yukun replied that she loved them as they allowed her to appreciate the beauty of Western art.

In 2014, Professor Stone was awarded the Certificate of Friendship from China’s State Administration of Foreign. "My greatest wish," he said, "is that Peking University and other universities in China will encourage students to draw from a variety of cultural sources so that they can find a home among many different cultures. In the long history of China's development, China has learned from so many foreign cultures and incorporated them into its own." 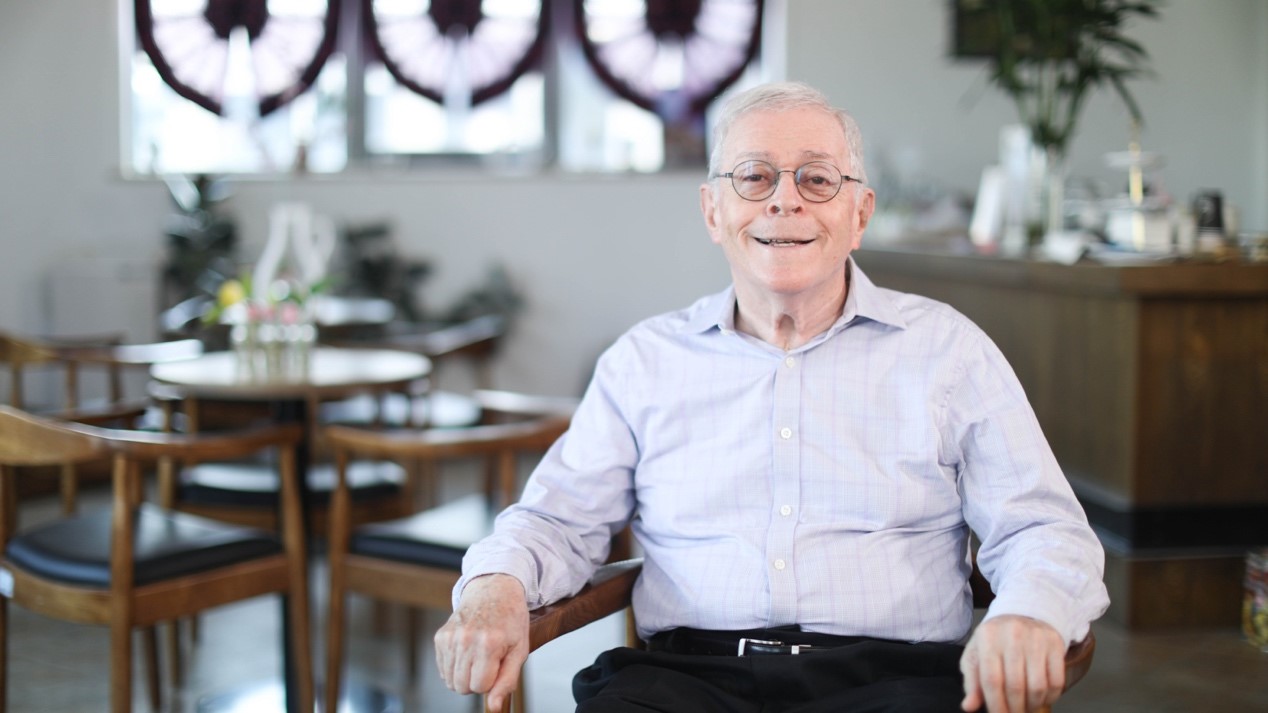 Profeesor Stone in the coffee bookstore of School of Foreign Languages

During his doctoral studies, Professor Stone considered the study of 17th-century lyric poetry. In an exchange with Tu Chenyu, they talked about the French poet Apollinaire's poem "If I died there" (Si je mourais là-bas)." Professor Stone choked up when he read the last line of the poem - "Oh, my only love, my madness" (Ô mon unique amour et ma grande folie).

In 2020, after returning to the United States for the holidays, Professor Stone had an unfortunate accident and was hospitalized. Peking University contacted an alumnus who was a doctor in New York City to meet with Professor Stone and sent greetings from the entire university. Sadly, Professor Stone passed on afterwards.

As we mourn the passing away of Professor Stone, Peking University would like to take the time to thank him for all his contributions to the school. His passion for teaching, love for his students, and contributions to the world of the arts in China are immeasurable. Thank you Professor Donald Stone, and may your legacy always live on!

Written by: Fu Jiaqi
Edited by: Estella Zhang Qiming
Latest
YOU MAY ALSO LIKE