Please Enter Keywords
TOP

Home
News Center
People
Text
They built a garden at PKU. Their lives have since been transformed.
Dec 06, 2022
Peking University, December 6, 2022: Six years ago, Huang Binling and Yuan Zhenyu, who were studying for master's degrees at the College of Architecture and Landscape of Peking University (CALA), spent two months transforming a piece of neglected land by the Weiming Lake into a garden and named it “Kindergarten.” The garden has changed the path of their lives ever since. 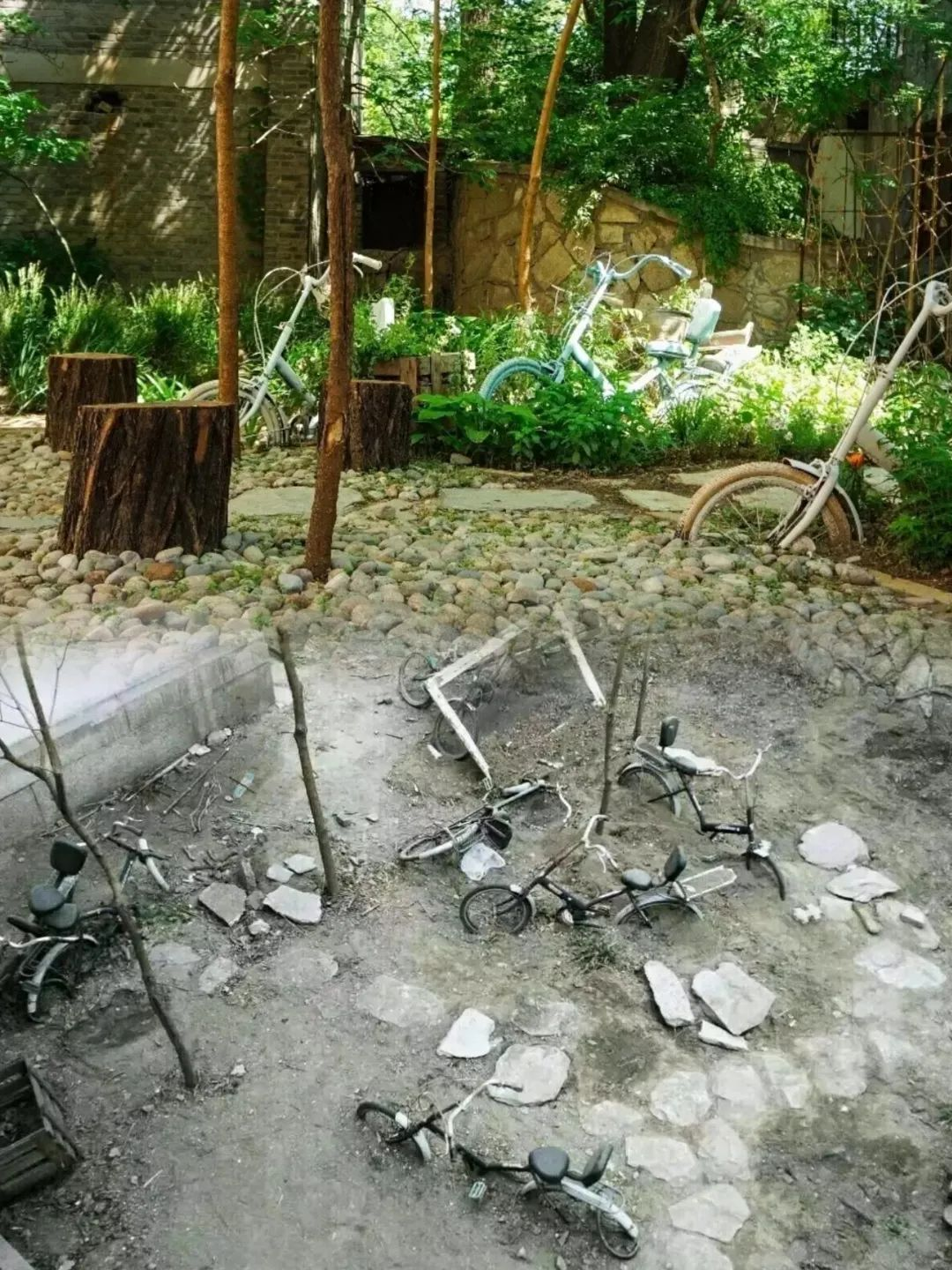 The “Kindergarten” now and its previous condition


“It is wonderful to learn and dig at the same time. We thought, if only we could always do this.” In 2016, Huang and Yuan established the Participatory Design Association of PKU, with the intention to transform the public area on campus. 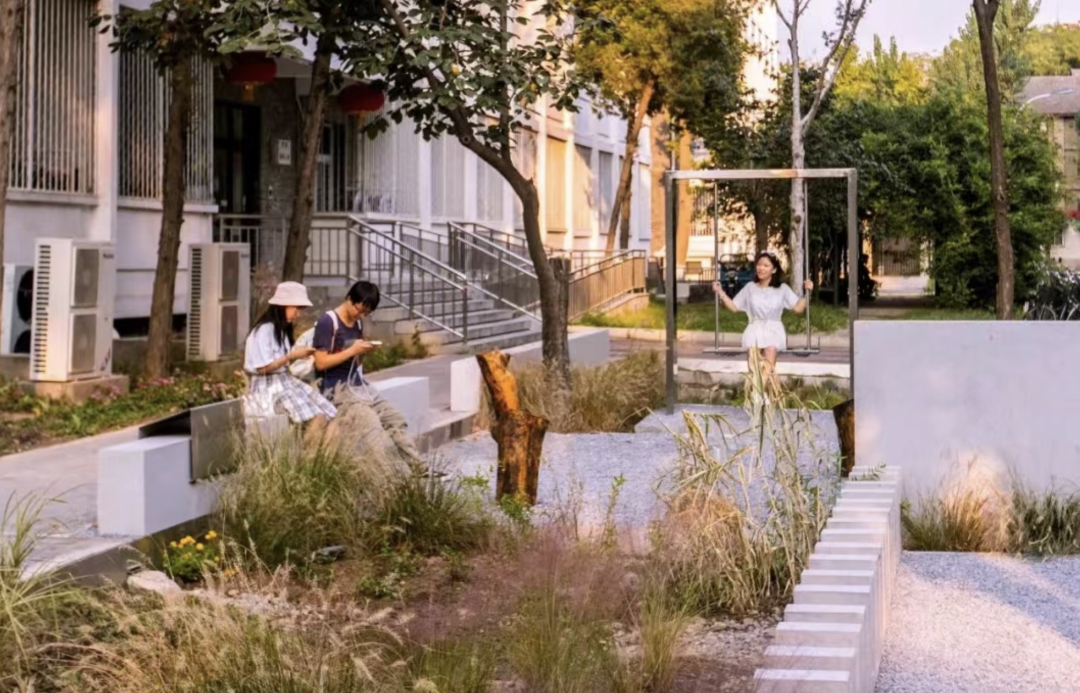 The rain garden under the dormitory building 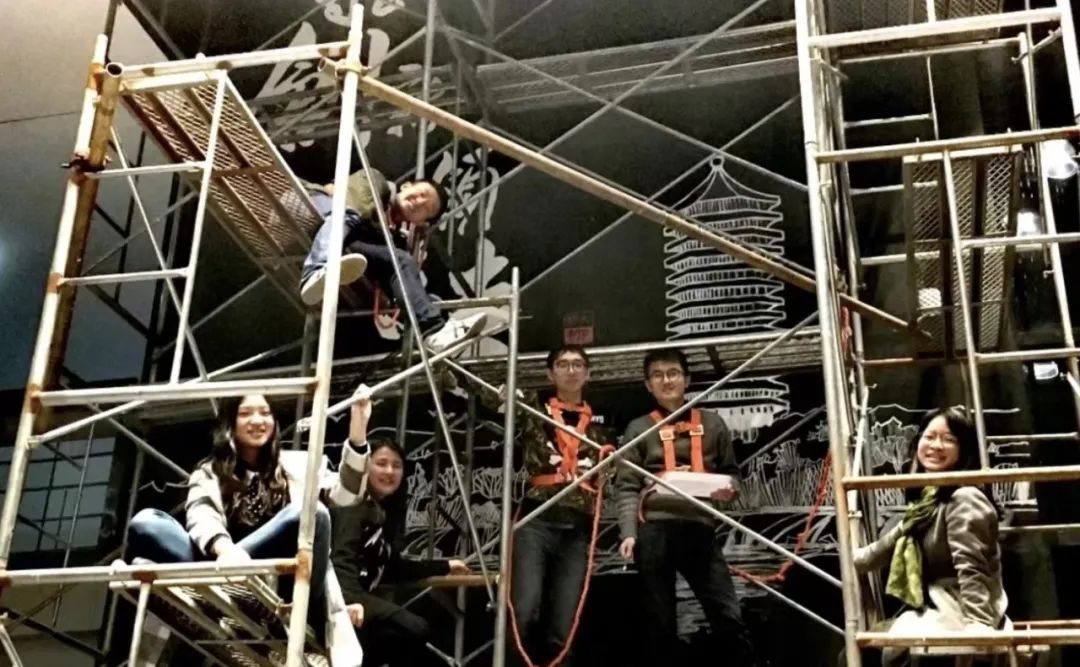 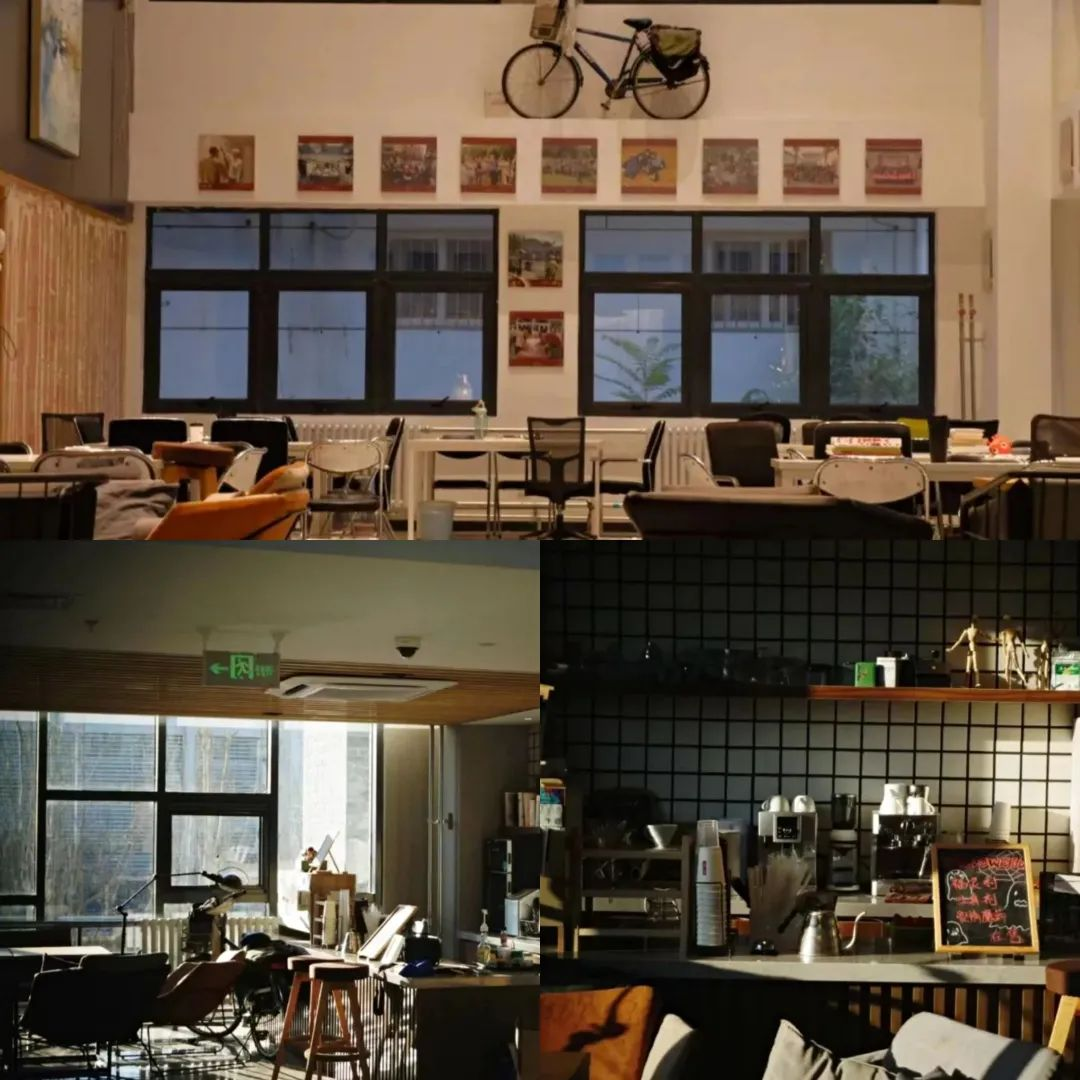 The Sketch Café in the library of CALA


In 2019, Huang and Yuan started to go out of campus, dedicated to designing gardens for communities and schools in more areas. Since community design was just emerging in China back then, there were still a lot of uncertainties in the profession. Huang and Yuan decided to be the pioneers.


Soothing through time and space


In 2020, at the invitation of the local government, Huang and Yuan came to Shenzhen with their team. In cooperation with the local residents, they built more than 80 gardens there. 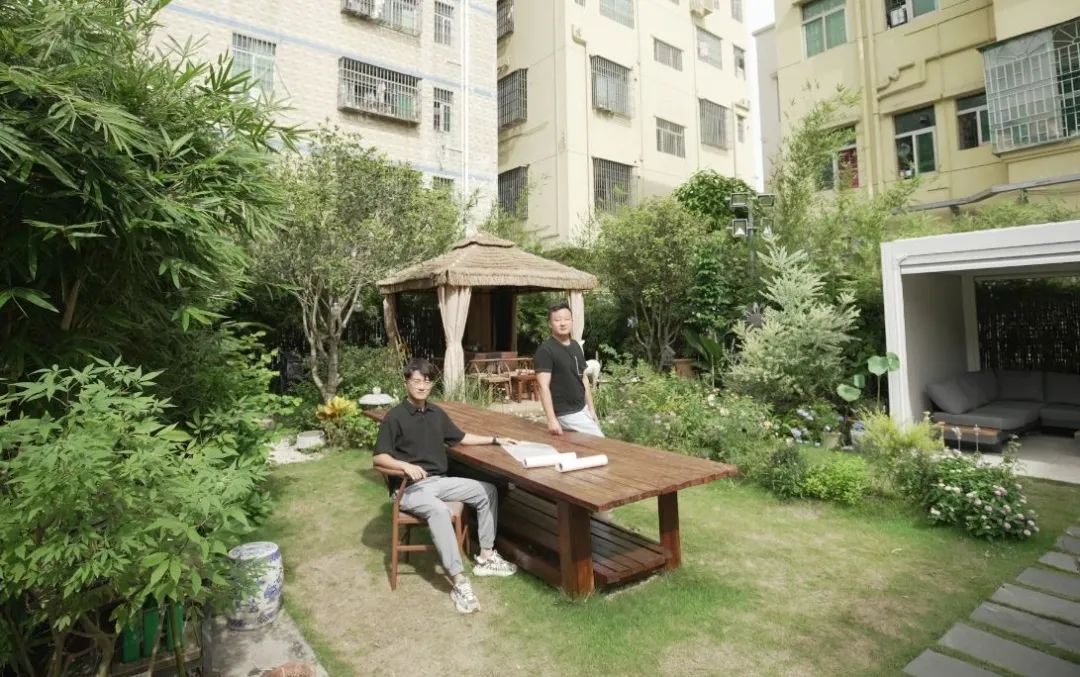 Take a sneak peek at their designs: 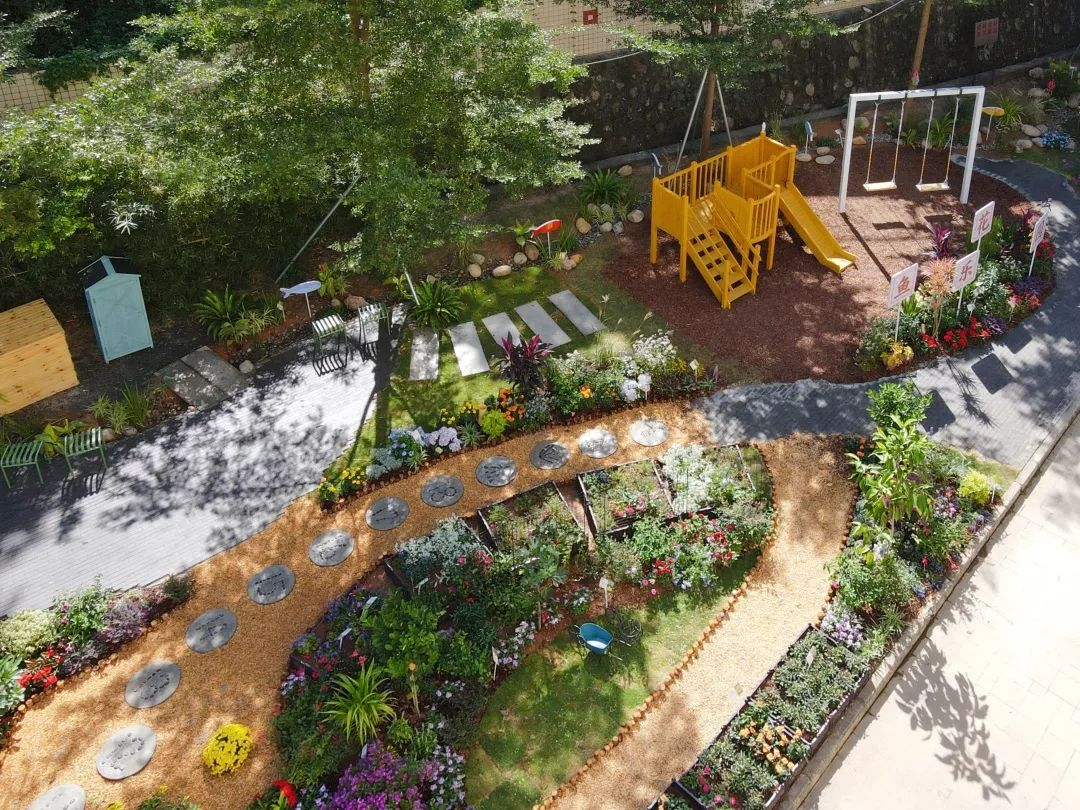 The picture above shows the Joy Fish Garden, where children took part in the renovation progress. 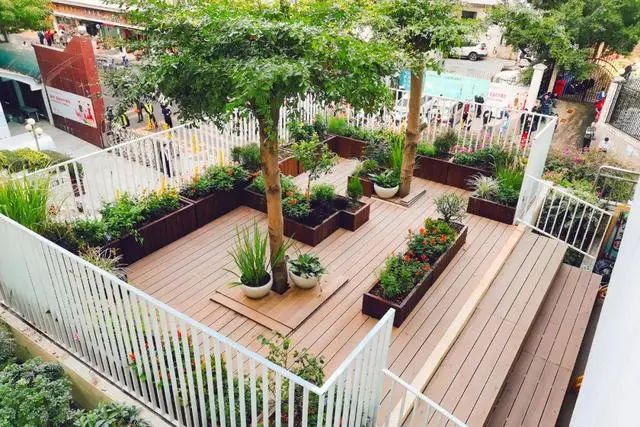 The picture above shows the Garden of Songs, filled with the plants appear in The Book of Songs and The Songs of Chu, two Chinese classics. 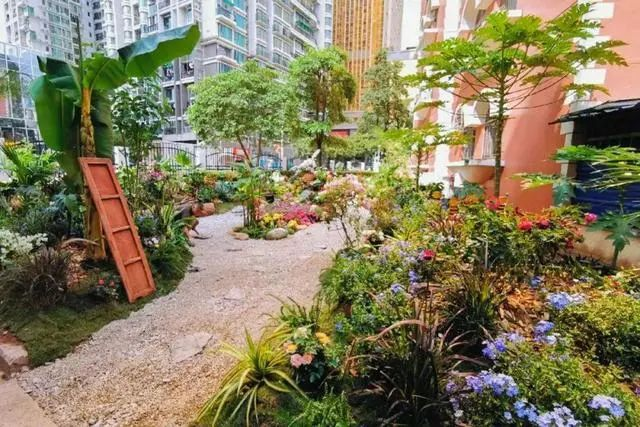 The picture above shows the Fashion Garden, managed by 50 residents above middle-aged. 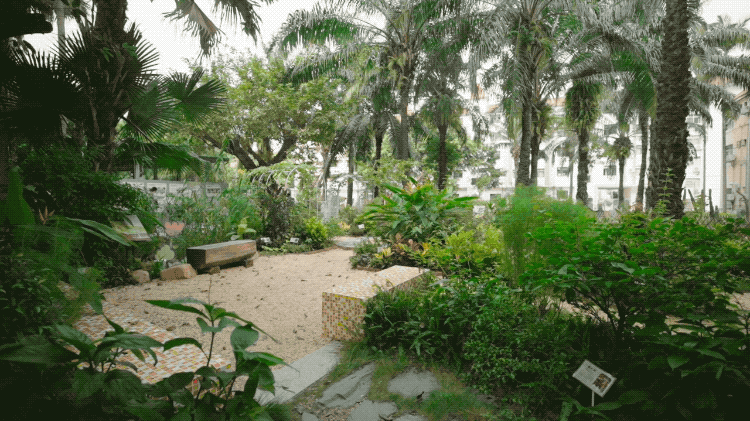 The picture above shows the Friendship Garden, half of which are planting areas for the residents to grow vegetables.

The team now lives together in an urban village in Shenzhen's Longhua District. Their arrival revitalized the neighborhood and brought more warmth to their neighbors, which is also the purpose of Huang and Yuan in launching this program. 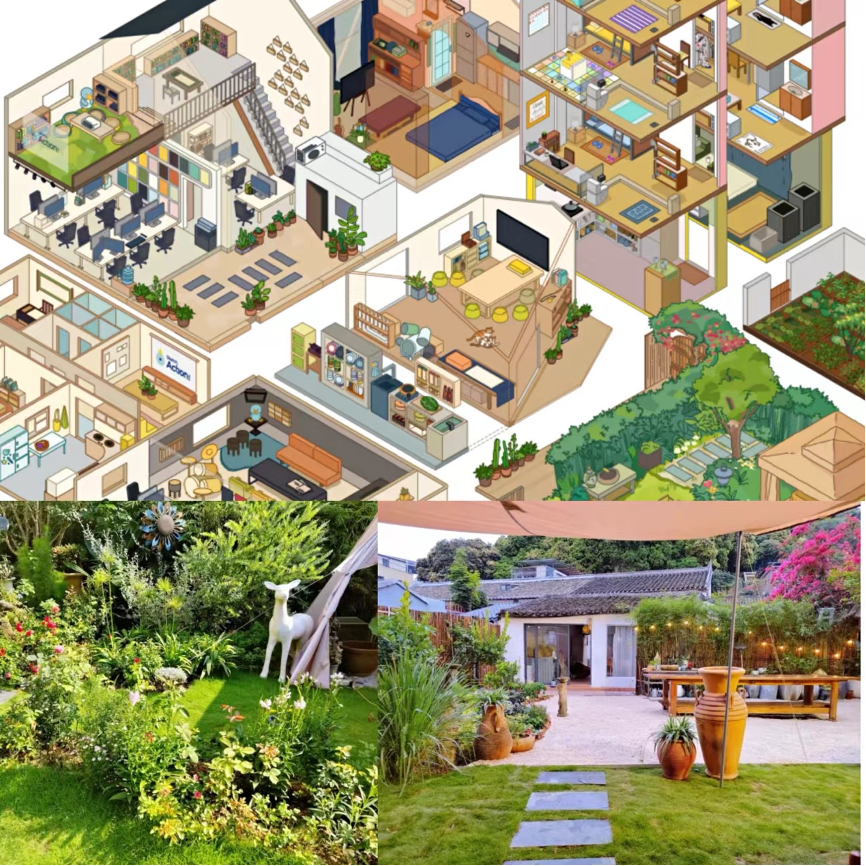 The team’s residence was renovated by themselves.


Huang and his families moved to Longhua District in Shenzhen when he was in primary school. As a young schoolboy, he found himself surrounded by migrant labors and felt a sense of estrangement. Huang claimed that he hopes to break the gap between different groups of people with his renovation project, especially in such a city as Shenzhen, a metropolis with diversity and fast-paced lifestyle. He thought that modernization spoiled the original beauty of nature. He is trying to grasp the balance between nature and modern life.


Exploring the knowledge and the world


When studying in Huazhong University of Science and Technology for a bachelor’s degree, Huang read about Professor Yu Kongjian, from College of Architecture and Landscape of Peking University. Prof. Yu proposed that the integrity of the land and the authenticity of the landscape are the basis of urban development, and that urban construction should first consider the daily needs of residents. These ideas echoed what Huang had in his mind.

In 2015, Huang went to Peking University to pursue a Master’s degree. Under the guidance of his mentor Prof. Li Dihua, Huang entered the field of community design. In the spring of 2016, it occurred to him that they could renovate the vacant field by the Weiming Lake. Huang launched this project with Yuan and other students. As they carried out their plan, more and more students were attracted by this project and joined them. That is the place they started their journey. 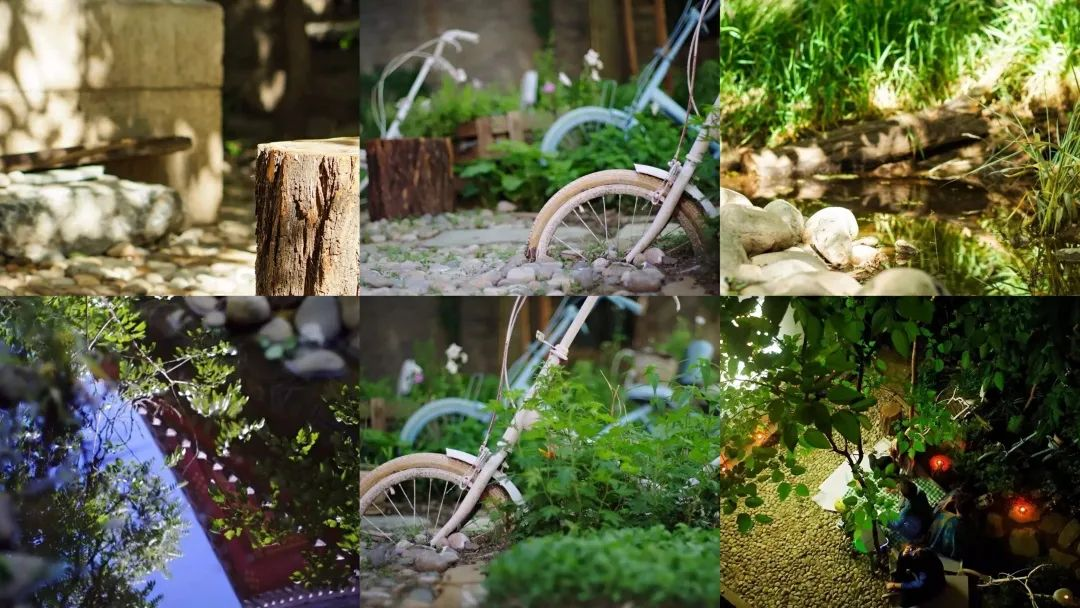 Two months later, the field was transformed into a rain garden that integrates communication, leisure, and ecology, named Kindergarten. The name “Kindergarten” expresses their idea of renovation - to recover the natural beauty of the earth.

Soon after, Huang was invited to participate in the transformation of the Wanliu Apartment. Huang completed the mission brilliantly. In honor of his contribution, he was recognized as an “honorary resident” of Wanliu Apartment. “Our stories and memories have been created and left here,” Huang has had more sense of belonging to Wanliu since then. 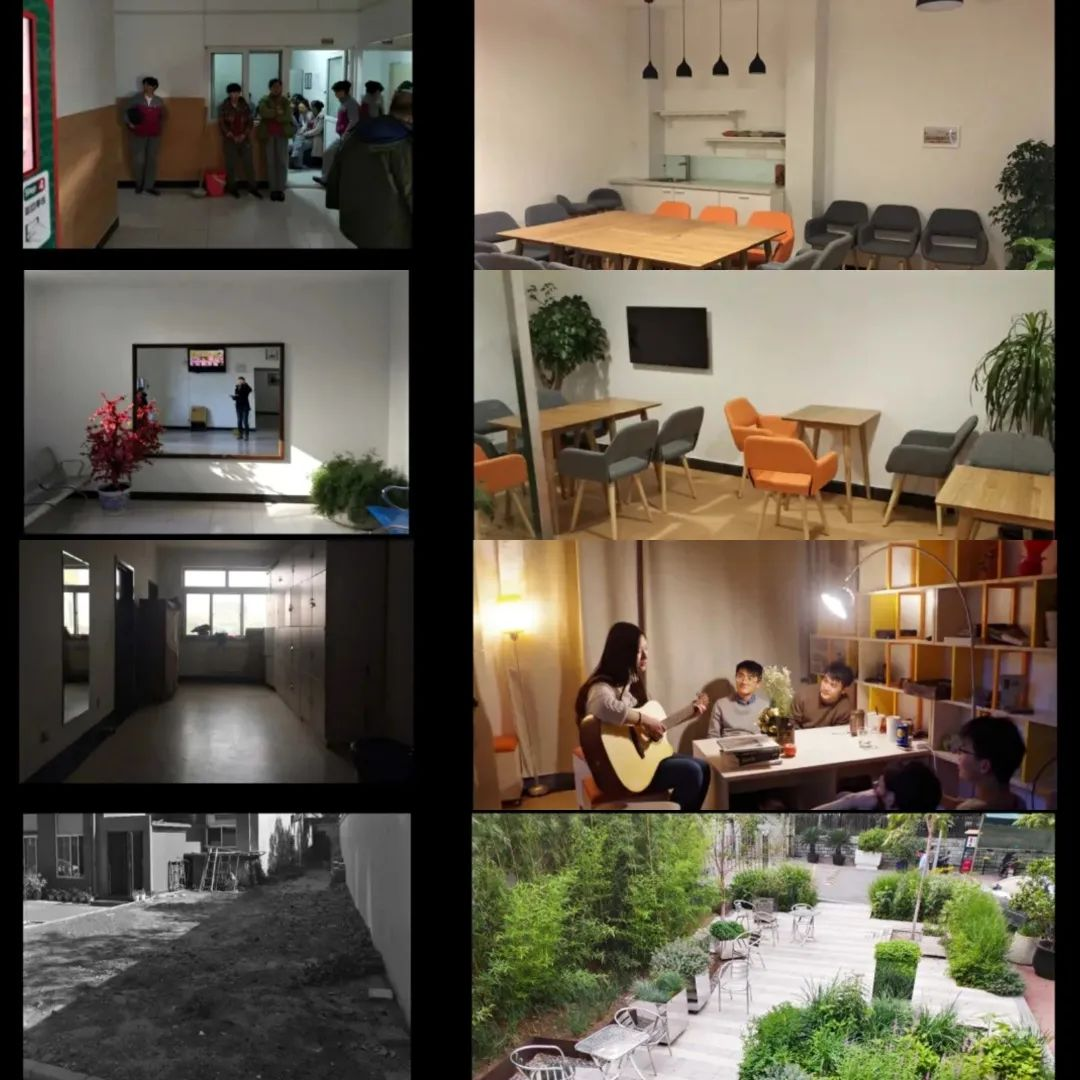 After the transformation of Wanliu Apartment


“The biggest help from my mentor was to ‘set up obstacles’ for me,” recalled Huang. In the early days of Youzhiyuan construction, they used to apply for financial support from Prof. Li. However, Prof. Li reminded them that “the problems that can be solved with money may not need you.” Inspired by this, they put their afford into finding recyclable waste and plants from various places, and completed the renovation without financial support. It is the imperceptible education from Prof. Li that has achieved Huang’s “self-education” at PKU. 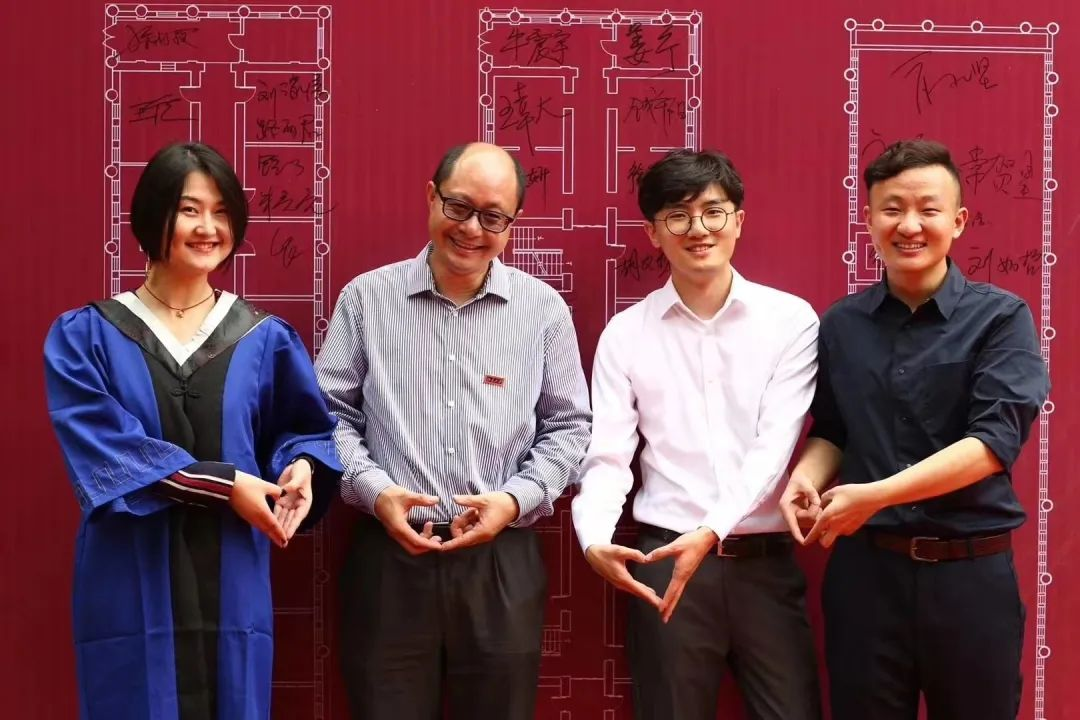 Achieving a sense of accomplishment


In Huang’s opinion, the best way to build relationships with the community is to make some effort on it by the students themselves. In the renovation of Dahe Village, an urban village in Longhua District, Huang, Yuan and their team encourage the residents to express their opinion and join the construction. 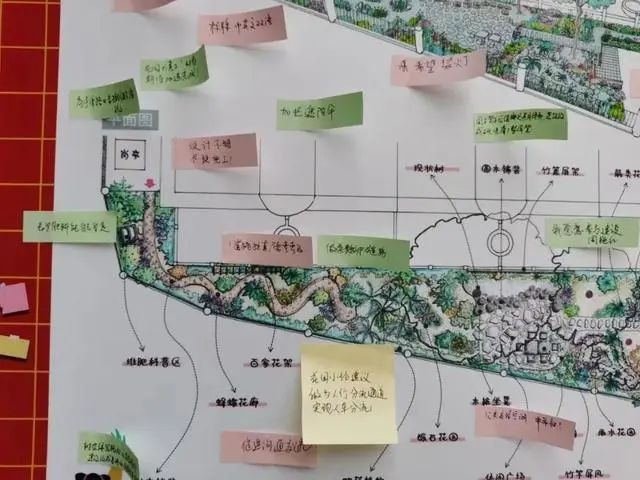 The ideas were collected from the residents, to find out the troubles that face by them. 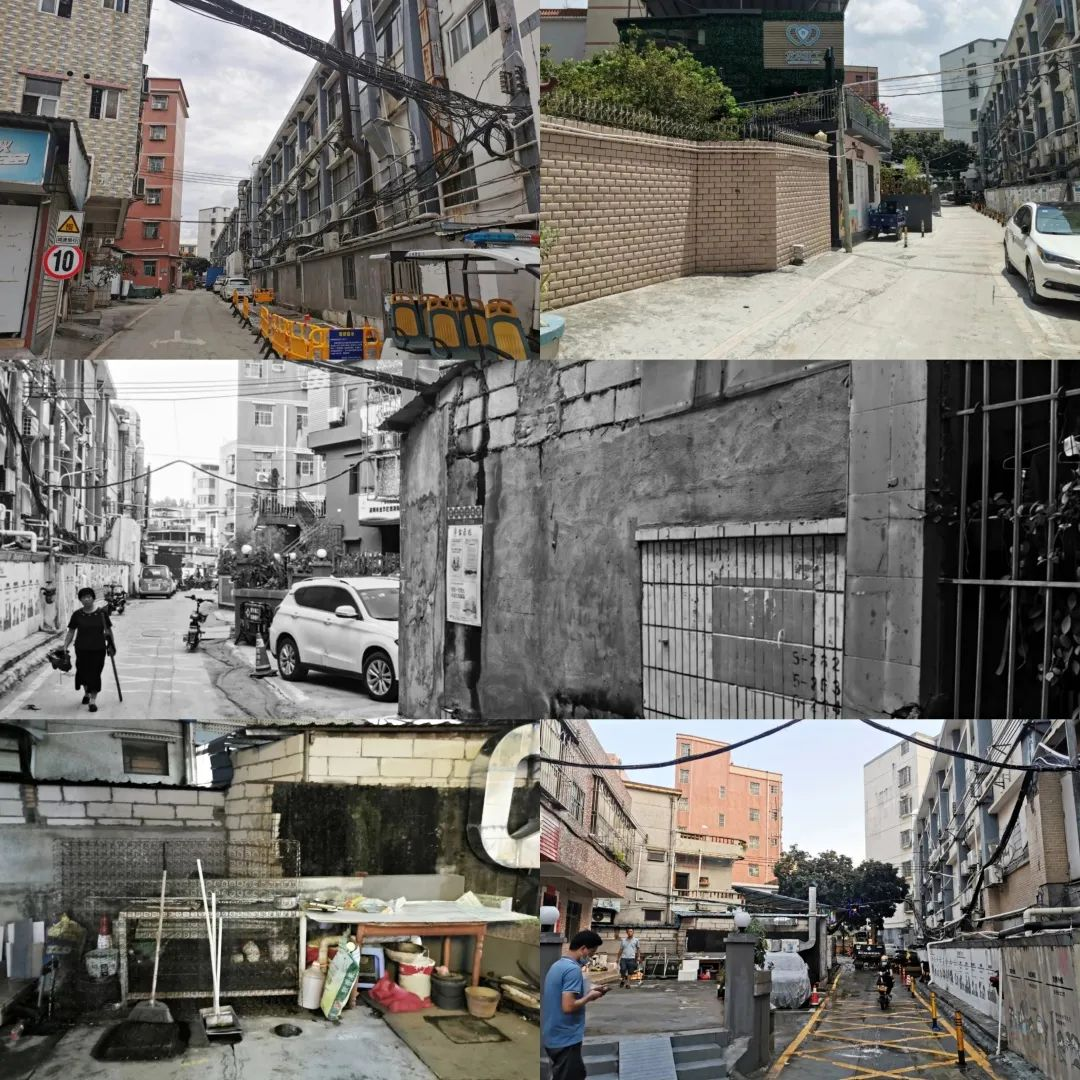 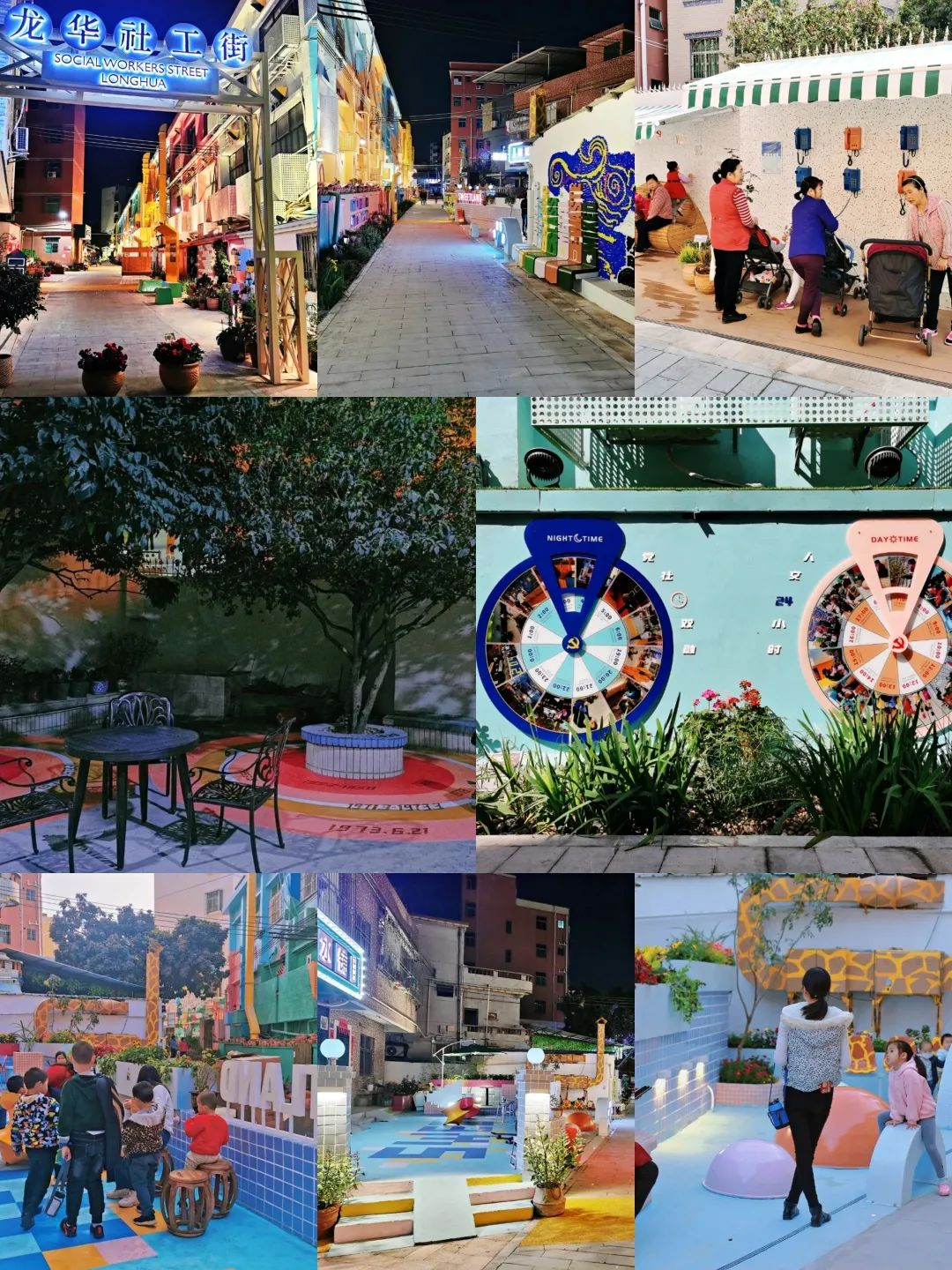 Posters of series of activities on the Social Workers Street


Initially, they focused on “what we can bring here”, but now Huang changed his mind to inspire the ideas of the residents. Huang acted as a catalyst for the involvement of the local people. He said, “Our greatest sense of accomplishment comes from generating their sense of achievement.”

Now, there are more than 20 members in Huang’s team. Huang said that their latest project is no longer limited to the community, as they are exploring more possibilities. “We can’t say we are ready, but we are always preparing for the next opportunity to come. I believe we will be better and better as long as we keep learning.” “Let's take it easy. Because we are definitely capable of doing what we have in mind.” 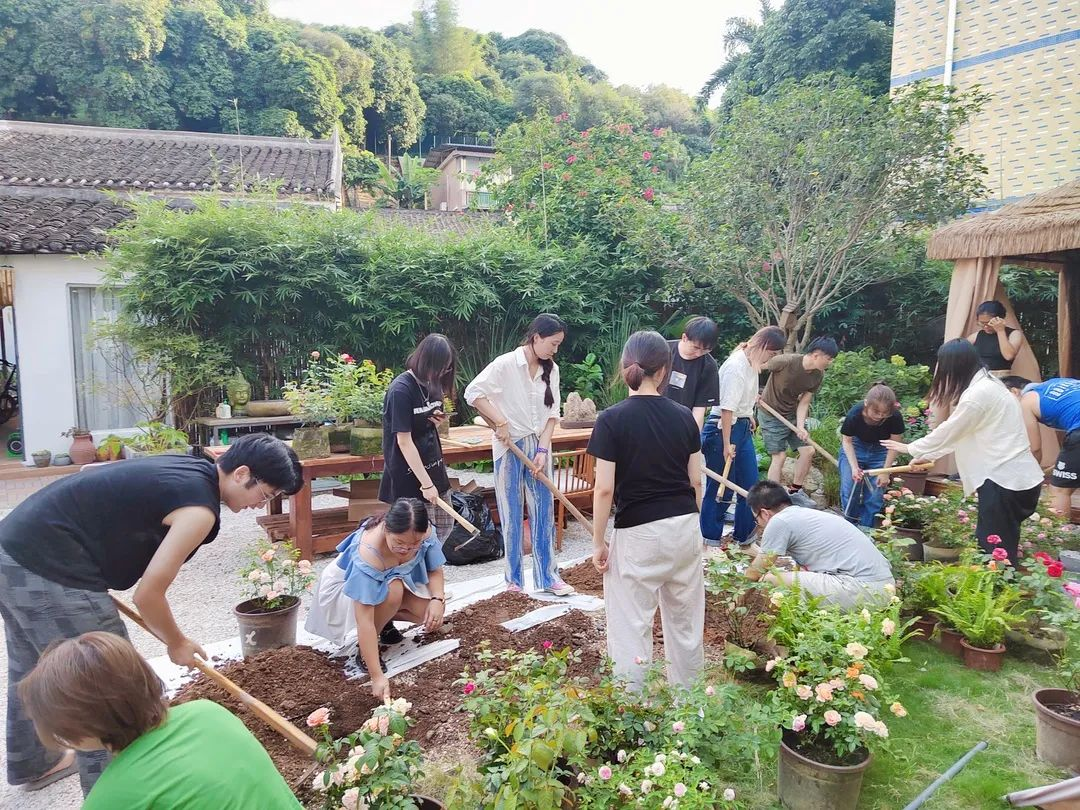