Peking University, September 15, 2022: On July 27, CAS Space successfully launched the “Lijian-1” rocket, which carried six satellites into a sun-synchronous orbit, including the SATech-01 spacecraft. Recently, the Solar Upper Transition Region Imager (SUTRI) on SATech-01 has been deployed to capture China’s first observation of the solar transition region from the Ne VII line located at 46.5nm.

Behind this milestone achievement are Professor Tian Hui and Hou Zhenyong, a research assistant from the PKU School of Earth and Space Sciences, as well as the research teams from the Chinese Academy of Sciences and Tongji University. 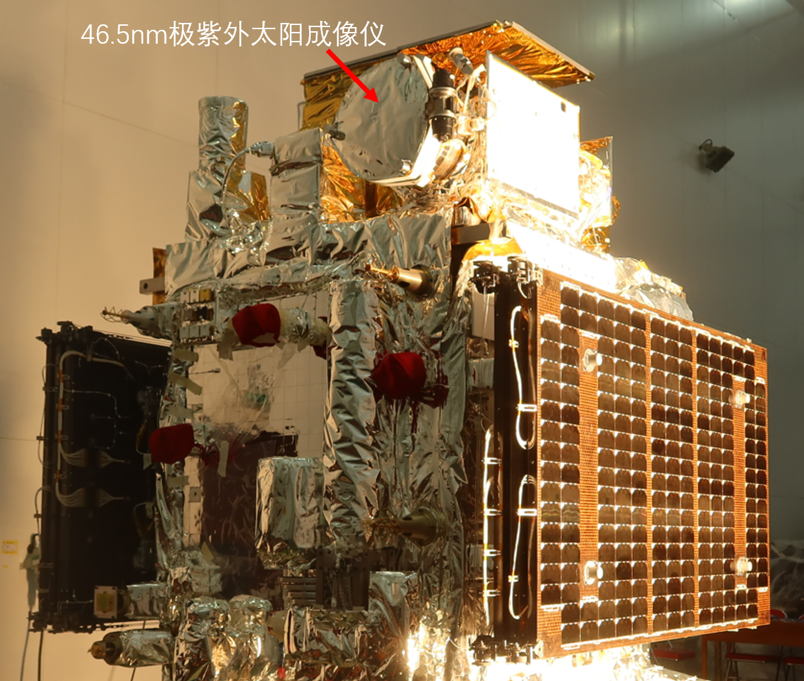 The SUTRI on the satellite (as indicated by the arrow)


The Ne VII line is situated within the solar upper transition region (TR)—a region that has been relatively unexplored—and direct imaging of the upper TR has never been routinely performed. The SUTRI is the first 46.5nm solar imager to utilize multilayer narrowband filters , and following Skylab’s attempt in 1973, it has succeeded in capturing complete images of the Sun from the Ne VII line for the first time in nearly half a century. The SUTRI returned high-quality images showcasing the structure of the TR, coronal loops, solar prominences and solar filaments. 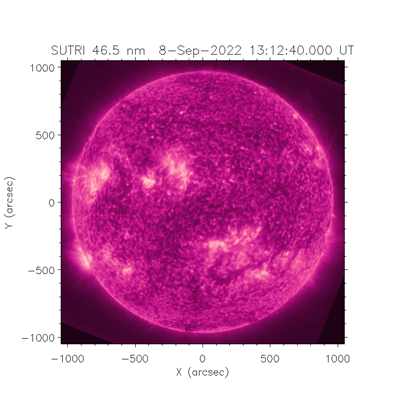 Image of the Sun taken at 46.5nm on 8 September


The upper TR is key when considering mass and energy transport in the solar atmosphere, therefore high-resolution observations of the upper TR would enable the continuous tracking of mass and energy from the lower atmosphere to the corona and the effective monitoring of solar eruptions.  The promising results of the SUTRI cast a positive light on future missions and further discoveries.