Please Enter Keywords
TOP

Home
News Center
Focus
Text
PKU notable alumnus An Yin is conferred the highest award of the Geological Society of America
Jun 23, 2022
Peking University, June 23, 2022: On 5 May, the Geological Society of America (GSA) Council awarded the 2022 Penrose Medal to An Yin to commend his stellar contributions to geology. Prof Yin is a notable alumnus of Peking University and is currently a professor in the University of California Los Angeles (UCLA). The Award Ceremony will be held in October later this year during the GSA Annual Meeting. 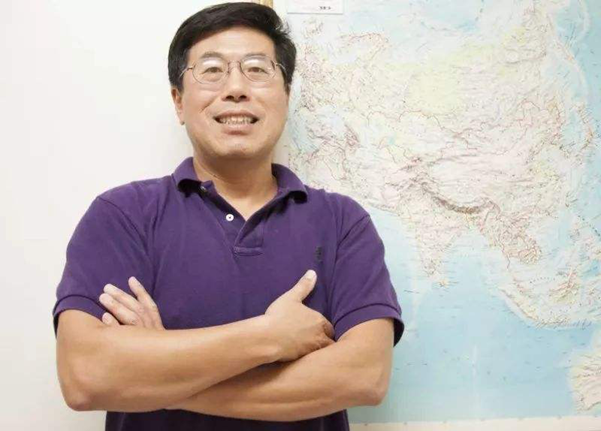 Established in 1925, the Penrose Medal is the highest accolade awarded by the GSA with only one award recipient each year. In addition, it has a reputation of being the Nobel Prize of Geology. It is awarded in recognition of eminent research in pure geology, for outstanding original contributions or achievements that mark a major advance in the geological sciences. Since its inaugural commendation in 1927, past awardees includes the renowned experimental petrology geologist Norman Levi Bowen (1941) and the founding father of unifying theory of plate tectonics Harry H. Hess (1966).

An Yin was accepted into PKU as an undergraduate to study geology in 1978 and continued with graduate studies in geology with PKU in 1982, under the tutelage of Prof. Qian Xianglin  – a renowned geologist specialising in Precambrian Geology. In 1983, Yin commenced his studies in the University of Southern California under the guidance of the renowned geologist Prof. Gregory G. Davis who specialised in Geotectonic and obtained his PhD in 1988. In the same year, he stood out from 80 other candidates and received the offer to be an Assistant Professor in UCLA. He was later awarded the GSA Young Scientist Award in 1994and was promoted to Full Professor three years later.

Yin’s early works centres around discovering low-angle normal faults’ and thrust system’s mechanics and kinematic evolution of the North American Cordillera, as well as its metamorphic core complex and history of the extensional system. His most renowned work is researching the structural evolution of the Himalayan Mountains and the Tibetan Plateau. More recently, his research interests turned to simulating the mechanics of slow-slip earthquakes, the early evolution of Earth, surface processes and tectonic deformation of solar-system bodies with a focus on icy satellites and planets. He has published over 200 papers, which has been cited more than 34,500 times and his H-index is 86. He was formerly the Editor-in-Chief for Earth and Planetary Science Letters and Tectonophysics.

An Yin is a distinguished alumnus of PKU. He gave his all to help develop China’s geology education and academia scene. For many years, Prof Yin arranged for internationally esteemed academicians to participate in geology talks organised by Chinese tertiary institutions and research institutes. He has also widely collaborated with Chinese geologists in his research and promoted the research results of Chinese academicians globally. In addition, he also taught planetary geology to Chinese university students via virtual lessons during the pandemic.

An Yin is the 93rd Penrose Medal recipient and is the second person of Chinese descent to be awarded the Penrose Medal after Kenneth Jinghwa Hsu in 2001. To date, he is one of the youngest recipients of this Medal and the fifth recipient among UCLA professors.