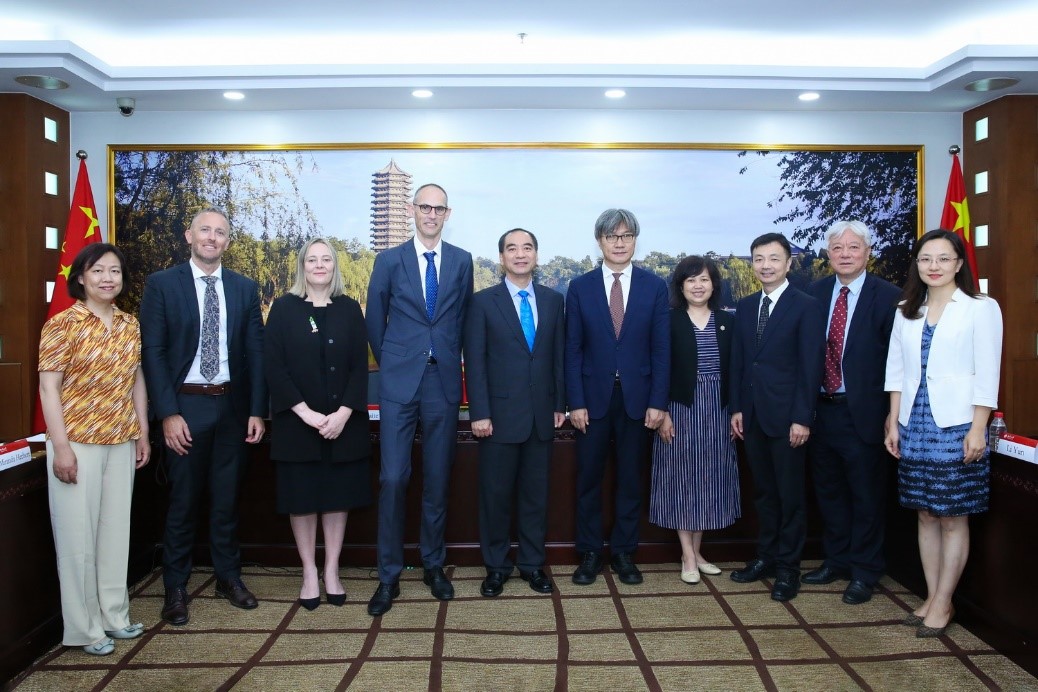 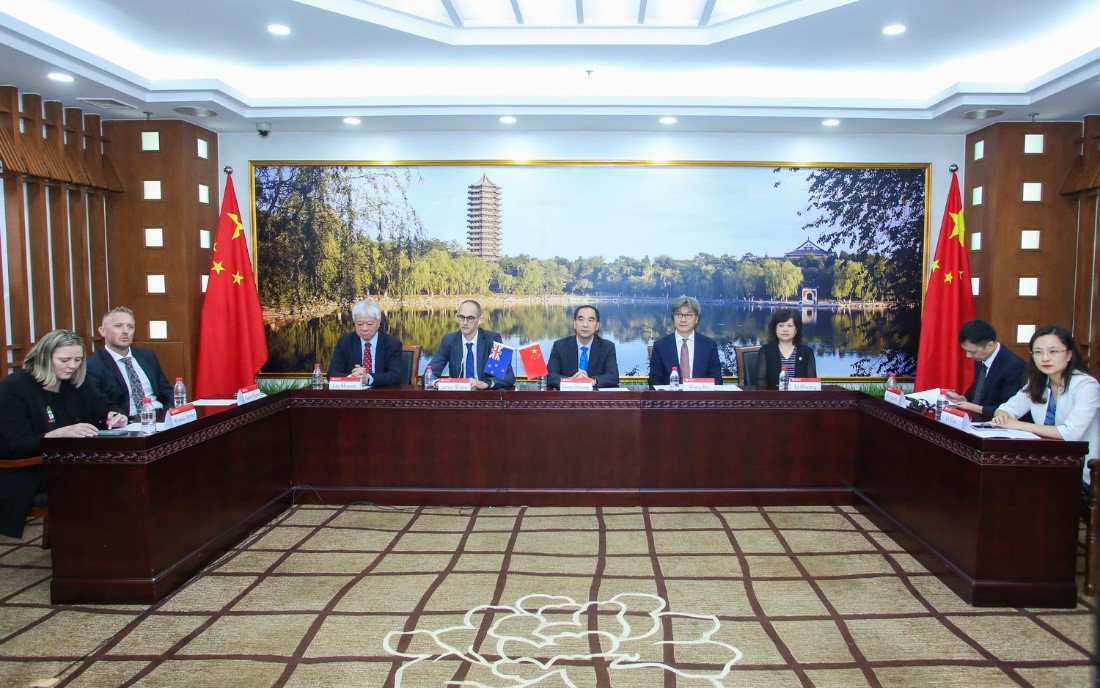 During his speech, Chris Hipkins emphasized the importance of the New Zealand Center at PKU. Over 50 years of diplomatic relations, the New Zealand Center has propelled projects which helped strengthen the bond between the two nations, and enabled outstanding exchange and co-operation projects to be carried out in various fields.

Tian Xuejun said that since diplomatic relations between China and New Zealand were established, the education departments of both nations have joined efforts to create a multi-level, wide-ranging, and far-reaching platform that boosted the China-New Zealand educational exchanges. A series of high-level and in-depth research projects carried out by the New Zealand center have molded into a vivid embodiment of strong co-operation between Chinese and New Zealand universities, and have set a model for future higher educational exchanges between the two nations. The Chinese government has and will continue to abide by its principles to encourage international education and strengthen mutual learning with many countries around the world, which includes New Zealand. By reinforcing the deep bond between China and New Zealand in the field of education, both countries have taken a step forward in their bilateral ties.

Clare Fearnley reminisced her schooling years at PKU and said that she herself had benefited from the educational co-operation between the two nations. The New Zealand Embassy in China will continue to support the New Zealand Center at PKU and aimed to further promote joint scientific research between China and New Zealand in the field of ecological protection and migratory bird habitat protection.

Wang Xiaolong pointed out that the China-New Zealand co-operation in education has been a particularly important component in the comprehensive strategic partnership between the two countries. The New Zealand Center at PKU has made remarkable achievements in the 15 years since its establishment. In the future, The Chinese Embassy in New Zealand will continue to provide support for the center, as well as work closely with relevant government departments and institutions from both sides, therefore promoting more extensive educational exchanges between the two countries. Commemorating Photographs of Representatives after Signing of the Memorandum


Professor Jan Thomas mentioned that the New Zealand Center at PKU has evolved into a vital platform that provided students from both countries to engage in courses and scientific research in a different setting and context. Through these opportunities, the bilateral relations will develop stronger than ever.

Professor Gong Qihuang, president of Peking University, expressed sincere gratitude to both governments, universities and all sectors of society for the efforts each made to construct the New Zealand Center at PKU into what it has become today. PKU has always attached great importance to the co-operation with New Zealand universities. Since its establishment 15 years ago, the New Zealand Center has not only promoted the exchange between PKU and New Zealand universities, but also provided an important platform for dialogue between both countries in the fields of politics, economy, culture, education and many more. PKU will take the opportunity of renewing the center to vigorously promote future programs and projects that focuses on the academic and cultural exchanges between countries, and strive to make its contribution to strengthening the bond between the two nations. 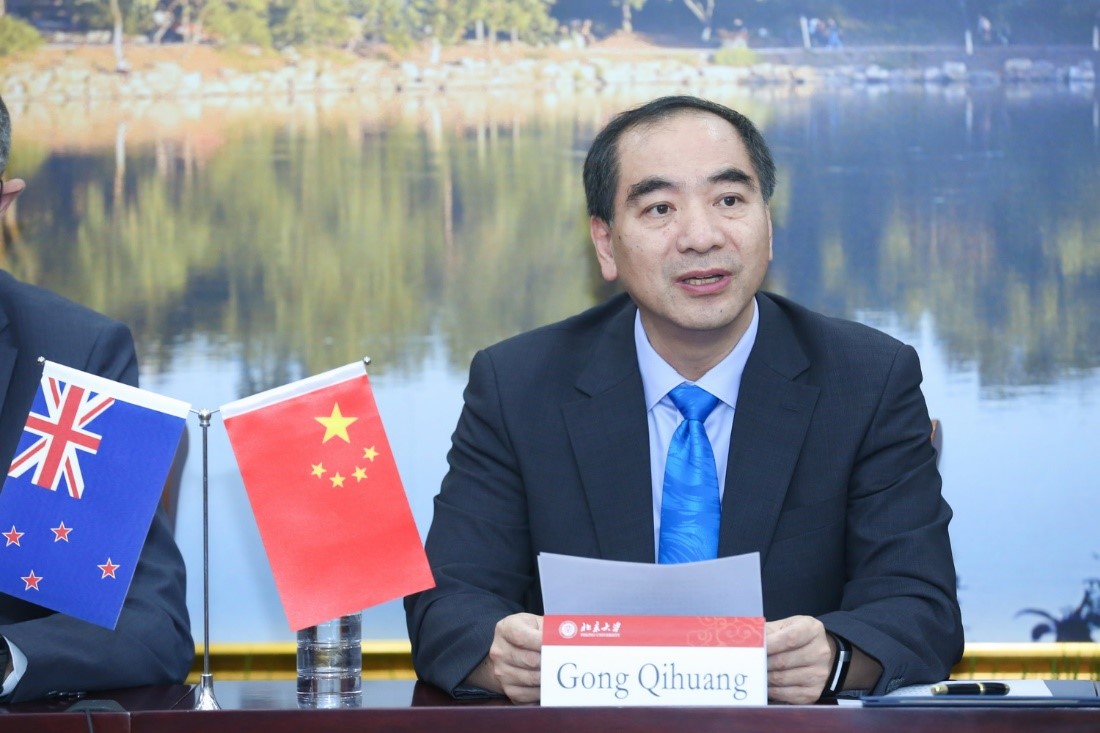 
In efforts to become a major player on the global stage, China aims to make new achievements in optimizing global educational platforms, deepening cultural exchanges between China and foreign countries, and contributing to global education governance. In the future, PKU will continue to carry out mutually beneficial exchanges with foreign universities, expand the scope and methods of co-operation, and bring nations together through the power of global education.