Please Enter Keywords
TOP

Home
News Center
Focus
Text
Professor Zhang Yitang on solution to the Landau-Siegel Zero Conjecture
Nov 09, 2022
Peking University, November 9, 2022: Professor Zhang Yitang on Tuesday delivered an online lecture to share with the teachers and students at PKU about how he derived the solution for the Landan-Siegel Zero Conjecture.

Professor Zhang at the online lecture


Zhang published an article on November 7, entitled “Discrete mean estimates and the Landau-Siegel zero” on arXiv. It contains the proof for the Landan-Siegel Zero Conjecture, which would bear significance to the field of number theory should it be validated. Organized by PKU School of Mathematical Sciences and Beijing International Center for Mathematical Research, this lecture attracted at least 200 people offline and more than 1.5 million viewers on various online platforms. 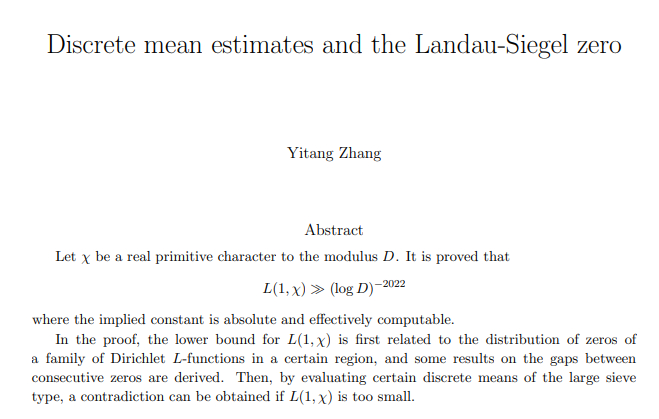 Starting at 9:00 a.m. (Beijing Time), the lecture was hosted by PKU Math Professor Tian Gang, who pointed out that PKU School of Mathematical has strong foundations in teaching and the research of number theory. Over the years, the school has nurtured countless talents in this field. The spirit of “PKU Math” is shown through the student’s pure love of truth and math, as they would have the courage to tackle challenging questions. Even in face of adversity, they will not give up easily and would persevere with tireless hard work. Zhang epitomizes this very spirit as he devoted himself wholeheartedly to researching critical math problems. 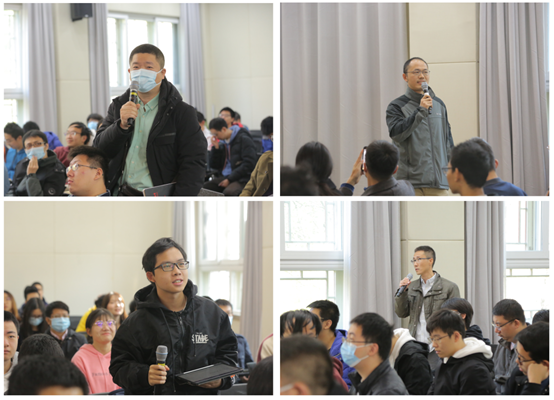 
In his new groundbreaking discovery, Zhang proved a weaker variation of the theorem for the Landan-Siegel Zero Conjecture. This marks a milestone in the field of number theory, and relevant experts regard this as even more momentous compared to Zhang’s previous pivotal breakthrough in his research of twin prime conjecture. The result can be directly applied to important classical problems such as the Gauss class number problem, distribution of prime numbers in arithmetic progression and convenient number problem. Academic experts at home and abroad are very excited about Zhang’s recent breakthrough. A comprehensive review of the paper is not available yet because it will take some time to review the 111-page paper. PKU has invited Professor Zhang to submit an article to the Peking Mathematical Journal launched by PKU. 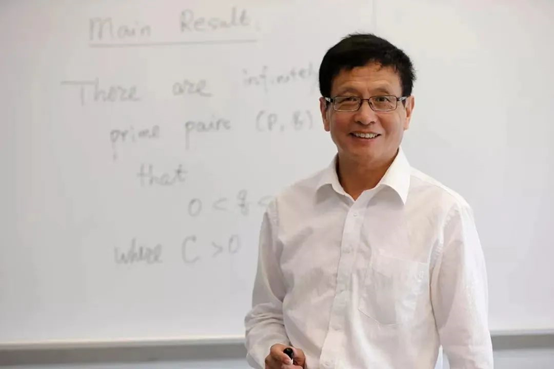 
Zhang is a PKU alumnus, class of 1978. He is currently a professor of mathematics at the University of California, Santa Barbara. Zhang is also PKU Szu-Hoa Min Number Theory Research Centre Honorary Director and PKU visiting professor. For making a significant breakthrough in the research of twin prime conjecture, he was specially invited to speak at the International Congress of Mathematicians (ICM), and was awarded Rolf Schock Prize, Frank Nelson Cole Prize and MacArthur Fellowship.