Please Enter Keywords
TOP

Home
News Center
Focus
Text
Peking University Professor Tian Hui wins Karen Harvey Prize
Mar 17, 2020
Peking University, March 17, 2020: American Astronomical Society (AAS) Solar Physics Division (SPD) recently announced the winner of the 2020 Karen Harvey Prize. Professor Tian Hui from the School of Earth and Space Sciences of Peking University received this award. This is the first time that a China-based scholar has got this award in the field of solar physics. The award ceremony will be held at the solar physics annual conference in the United States. Tian will formally receive the prize and give the conference report at that time.

As the official statement goes, “The SPD/AAS early career Karen Harvey Prize, established in May 2002 in honor of the late Karen Harvey, is awarded in recognition of a significant contribution to the study of the Sun early in a person's professional career. The prize is awarded to a person who has not reached 36 years of age, or who has not reached 10 years of professional experience since the Ph.D. or equivalent degree, at the end of the year preceding the award.”

SPD spoke highly of Tian’s achievements. According to the award speech, “Dr. Tian Hui of Peking University, China, is awarded the 2020 Karen Harvey Prize for his ultraviolet and extreme-ultraviolet observations of the Sun and what they reveal about the dynamics of the solar atmosphere. Dr. Tian’s significant work on small-scale prevalent jets and short-lived ultraviolet bursts has motivated new theories of coronal heating and the solar wind. In addition, his work on sunspot dynamics has significantly improved our understanding of magnetic reconnection inside sunspots. Beyond his research, Dr. Tian has also established a new solar physics group at Peking University. He currently leads his research group there and mentors students ranging from undergraduates to postdoctoral researchers.” 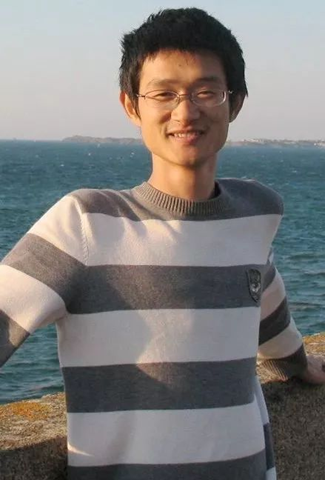 Since 2015, Professor Tian Hui has been working at the School of Earth and Space Sciences, Peking University as a faculty member. Now, he is the deputy director of Institute of Space Physics and Applied Technology. His research interests include solar transition region, sunspot dynamics, lower atmospheric activities and coronal heating, magnetic reconnection and heating in solar flares, MHD waves in solar atmosphere. He has published many papers in Science, APJ and other leading international journals.